General
News ID: 3468594
TEHRAN (IQNA) – Nearly a dozen people were killed when Saudi-led military aircraft carried out a string of airstrikes against an area in Yemen's southwestern province of Ta'izz. 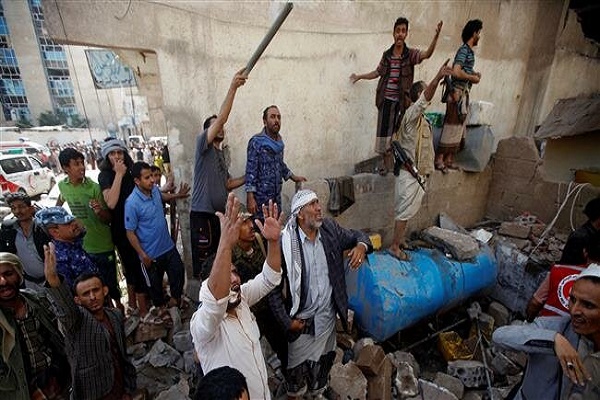 Local sources, speaking on condition of anonymity, told Arabic-language al-Masirah television network that the warplanes struck a petroleum derivatives plant in the Mawiyah district of the province on Friday afternoon, leaving nine people dead and several others injured.

There were no immediate reports about the extent of damage caused and possible casualties.

Scores of Saudi-paid militiamen were also killed and injured when Yemeni army soldiers, backed by allied fighters from Popular Committees, mounted a surprise attack in the Khabb wa ash Sha'af district of the country’s northern province of al-Jawf.

Separately, Yemeni troops and their allies struck the positions of Saudi soldiers and their mercenaries in the Rabuah area of the kingdom’s southern border region of Asir.

Saudi Arabia and a number of its regional allies launched a devastating campaign against Yemen in March 2015, with the goal of bringing the government of Hadi back to power and crushing the Houthi Ansarullah movement.

The US-based Armed Conflict Location and Event Data Project (ACLED), a nonprofit conflict-research organization, estimates that the Saudi-led war has claimed the lives of over 60,000 Yemenis since January 2016.