General
News ID: 3468625
TEHRAN (IQNA) – One of the largest and oldest printed copies of the Holy Quran is kept in the Nauagarhi Khankah in the city of Gaya in India’s Bihar State, along with other ancient texts and documents which are preserved alongside the holy texts. 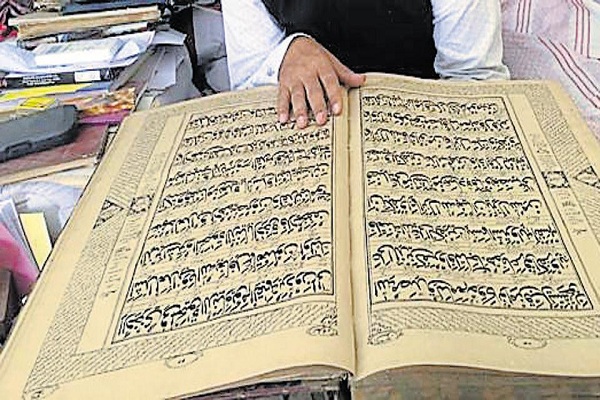 The copy, which is 35 centimeters long and 54 centimeters wide, is in two parts with 1,152 pages. It was first printed back in 1882. The printers were able to publish very few copies which were offered to Islamic scholars and also preserved in Medina.

After the 1857 mutiny against the British, many scholars from across the Arab world migrated to India and subsequently one of their descendants reached Gaya with the Holy Quran with him.

Only three copies of those printed Qurans are now available across the globe that include, Gaya Khankah, Maulana Azad Library in Aliganj, Uttar Pradesh and the third one at the British Library, London.

The copy is often used for references by the Islamic scholars. Besides, it is also showcased for visitors on occasions or during festivals.