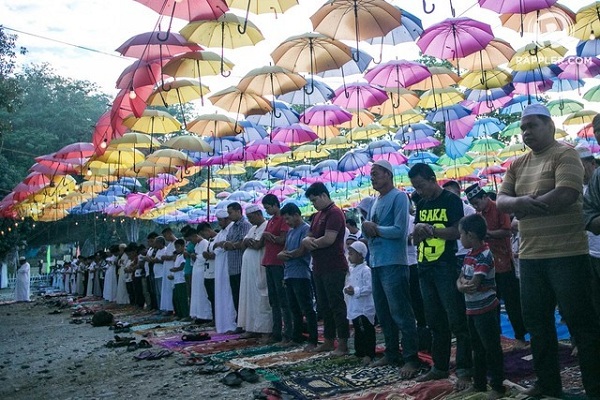 Executive Secretary Salvador Medialdea on May 29 signed, on behalf of the president, Proclamation No. 729, affirming the exact date next week of the Eid al-Fitr celebration as a regular holiday, rappler.com reported.

The two Islamic celebrations of Eid al-Fitr and Eid al-Adha have previously been declared holidays when Duterte signed Proclamation No. 555 listing the regular holidays for 2019 in August last year.

However, only estimated dates were set for the two events in the presidential order.

The Palace follows the recommendation of the National Commission on Muslim Filipinos in setting the final dates of these holidays.

Eid al-Adha this year is tentatively set for August 11, a Sunday.

Islam is the oldest recorded monotheistic religion in the Philippines. Islam reached the Philippines in the 13th century with the arrival of Muslim traders from the Persian Gulf.

According to some estimates, there are about 11 million Muslims in the Philippines, composing 12 percent of its population.