General
News ID: 3469076
TEHRAN (IQNA) – The Astan of Al-Kadhimiya holy shrines in Kadhimayn suburb of Baghdad, Iraq, announced the pilgrims can visit the holy site at any time and every day. 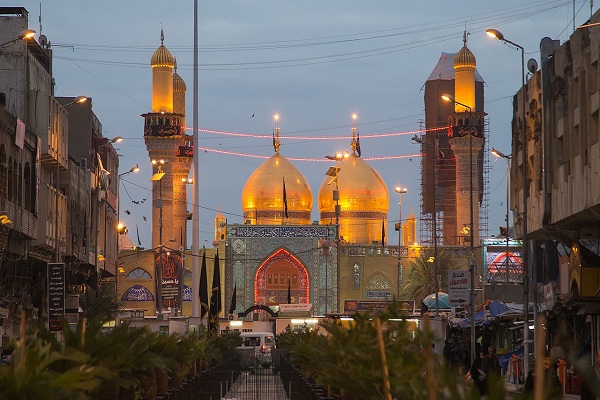 According to Hajj.ir website, the Astan (custodianship) of the shrines said the decision has recently been made and implemented since July 23.

It added that those serving in the Astan do their best to provide services to pilgrims.

Known as Al-Kadhimiya Mosque, the holy site is a mosque and two shrines located in the Kadhimayn.

It contains the tombs of the seventh Shia Imam Musa al-Kadhim (AS) and ninth Imam Muhammad al-Jawad (AS).

Also buried within this mosque are the famous historical scholars like Sheikh Mufid and Khajeh Nasir al-Din Tusi.