General
News ID: 3469229
TEHRAN (IQNA) – Iraqi Vice President Nouri al-Maliki warned of a “strong response” if it is proven that the Israeli regime was behind recent airstrikes in the country against the positions of pro-government Popular Mobilization Units (PMU). 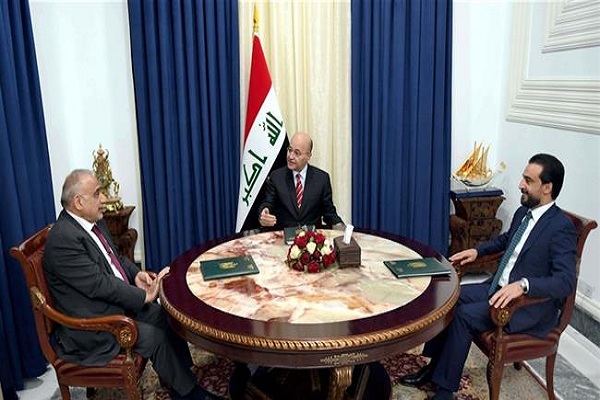 Maliki, who is also secretary-general of the Islamic Dawa Party, said on Friday that if Israel continues to target Iraq, the country “will transform into a battle arena that drags in multiple countries, including Iran.”

He added that “the security of the region, which Iraq is a key part of, is a collective issue, and its protection requires the (full) responsibility of all countries.”

“The security of the region will be put in danger and the status quo will change if it is proven that Israel has targeted the sovereignty of Iraq. Iraq will give a strong response in case it is verified that Israel's hand is behind the recent attacks,” the former Iraqi prime minister said.

Also on Friday, Karim Alaiwi, a member of the Security and Defense Committee in the Iraqi Parliament, told Iraq’s Arabic-language al-Ahad television network that “the Iraqi government’s position on targeting the PMU headquarters is vague and unclear.”

He added that Thursday’s meeting between Prime Minister Adel Abdul-Mahdi, President Barham Salih and Parliament Speaker Mohammed al-Halbousi in the capital Baghdad to discuss the latest attacks on the bases of the Popular Mobilization Units did not bear fruit as it failed to assure the nation that such assault would not be repeated again.

Separately, the Iraqi National Security Council convened a session on Friday to discuss plans and measures aimed at arming the country’s air defense command in the face of recent challenges.

The Council ruled that the Baghdad government bears responsibility for protecting all types of military forces, including the PMU, also known as Hashd al-Sha’abi.

Moreover, Iraqi Foreign Minister Mohamed Ali Alhakim summoned Deputy Chief of the US Embassy in Baghdad Brian McFeeters to call on Washington to abide by the terms of its strategic partnership agreement with Iraq as regards joint security and economic cooperation.

Hakim highlighted that the Baghdad government places all diplomatic and legal options at the forefront of its priorities to prevent any external interference in its internal affairs, and to safeguard the security and sovereignty of Iraq and its people.

On Wednesday, the second-in-command of the Popular Mobilization Units, Abu Mahdi al-Muhandis, held the United States fully responsible for recent attacks on the volunteer forces.

He said in a statement that the US, which has contributed to the emergence of terrorist groups in the Middle East, is now considering various ways to violate Iraq’s sovereignty and targeting the PMU.

“We have accurate and credible information that Americans brought in four Israeli drones this year via Azerbaijan to operate within the US fleet to carry out sorties aimed at Iraqi military headquarters. We also have other information, maps and recordings of all types of American aircraft, when they took off, when they landed and the number of hours they flew,” Muhandis said.

“Instead of chasing Daesh terrorists, US military aircraft are collecting information and data concerning the brigades of the Popular Mobilization Units, and their warehouses and arms depots,” the statement read.

Sayf al-Badr, spokesman of the Iraqi Health Ministry, said in a statement that at least one person was killed and 29 others were wounded in a powerful explosion, which rocked a military base in southern Baghdad on August 12.

An unnamed source from Iraq’s Interior Ministry said an ammunition warehouse exploded inside a federal police military base, named Falcon, in Owerij area near the southern district of Doura.

Arabic-language al-Ahad TV television network reported on July 19 that a drone had dropped explosives onto a base belonging to the Popular Mobilization Units near the town of Amerli, located about 170 kilometers north of the capital, in the early hours of the day, killing at least one PMU fighter and injuring four others.

Video footage broadcast by Iraqi channels showed a blaze burning at the site and plumes of thick smoke billowing. There was no immediate claim of responsibility for the attack.