Culture
News ID: 3469577
TEHRAN (IQNA) – Some 350 Arab and foreign publishing houses from 22 countries have joined the 2019 Amman International Book Fair, which took place this week with the theme "Jerusalem al-Quds: The Capital of Palestine." 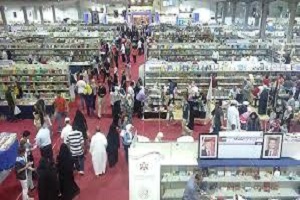 The fair, held from Sept. 26 to Oct. 5, falls against the backdrop of a US plan for Palestine and its neighbors — the so-called “deal of the century” — and the announcements of various countries to move their embassies to Jerusalem al-Quds.

The program included political seminars, including a symposium titled “Facing the Zionist Narrative" on Sept. 29, and another titled “The Reality and Future of Jerusalem” on Sept. 30. The Oct. 4 seminar “The future of the region in light of the deal of the century” tackled the Donald Trump administration’s plan.

Fathi al-Biss, president of the Jordanian Publishers Association and director of the fair, told Al-Monitor, “Adopting the slogan of ‘Jerusalem al-Quds: The Capital of Palestine’ is an affirmation of Jordan's rejection of all Israeli schemes …”