General
News ID: 3470076
TEHRAN (IQNA) – Iraq’s army released a statement on the second anniversary of the defeat of Daesh (ISIL or ISIS) in the country. 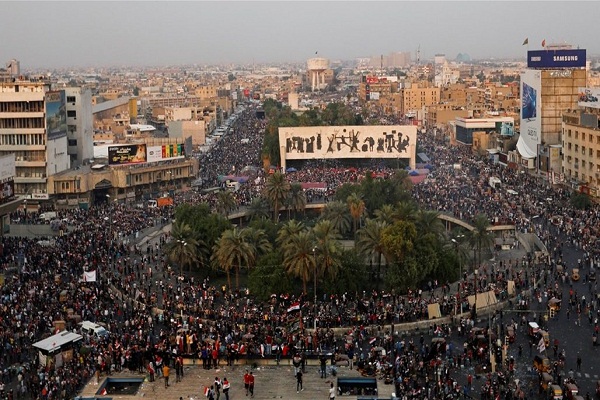 In the statement, Chief of Staff of the Iraqi Army Othman al-Ghanmi hailed the resistance of the Arab country’s nation and bravery of the armed forces that led to the great victory against the terrorist group.

He described the victory as a source of pride for all generations in Iraq.

Elsewhere, the top general referred to recent protests in the country and said the army supports the people and their legitimate demands.

He also regretted the deaths of a number of people and security forces in the unrest.

For the past two months, protests have rocked primarily the capital city of Baghdad and southern areas of Iraq over the failing economy and demand for political and anti-corruption reforms.

The rallies have, however, turned into violent confrontations on numerous occasions, with reports alleging that certain foreign-backed elements have been seeking to wreak havoc on the country.

Since October 1, more than 300 people have been killed in the country, according to the Iraqi parliament’s human rights commission.