Demonstration Held in Baghdad on Anniversary of Daesh Defeat

General
News ID: 3470080
TEHRAN (IQNA) – Iraqi people held a rally at Tahrir (freedom) Square in Baghdad on Tuesday to mark the second anniversary of the defeat of Daesh (ISIL or ISIS). 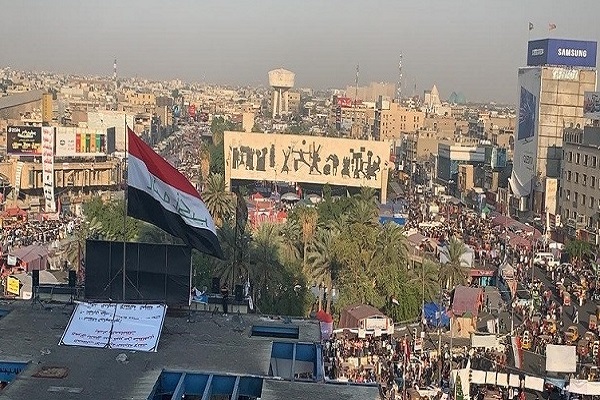 The demonstrators in a statement hailed the religious leadership of the country as well as the armed forces and the Hashd al-Shaabi (Popular Mobilization Units) for their role in the victory over the terrorist group.

In a speech on the occasion, Abu Mahdi al-Muhandis, the deputy commander of the Hashd al-Shaabi, also underlined the major role of the religious leadership in the defeat of Daesh, including a Fatwa (religious edict) issued by grand Ayatollah Ali al-Sistani that mobilized Iraqis to fight the terrorists.

The group had ruled over a self-styled caliphate since 2014, governing large parts of northern Iraq and eastern Syria.