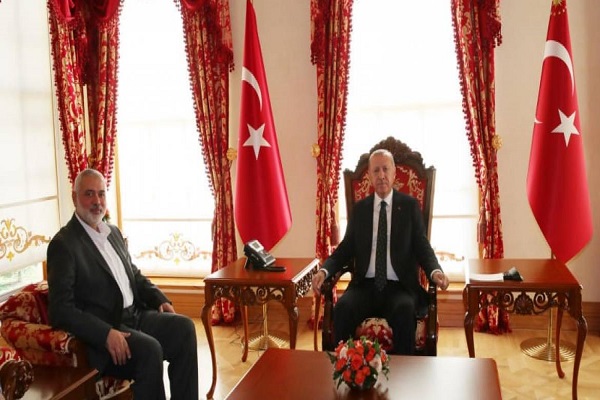 During the meeting in Ankara, the two sides discussed major regional issues including developments in Palestine and Jerusalem al-Quds, al-Ahd news agency reported.

Haniyeh also briefed Erdogan on the situation in Gaza and the sufferings of the people there as a result of the Zionist regime blockade.

The Gaza Strip has been under an Israeli blockade since June 2007. It has caused a decline in the standard of living as well as unprecedented levels of unemployment and unrelenting poverty.