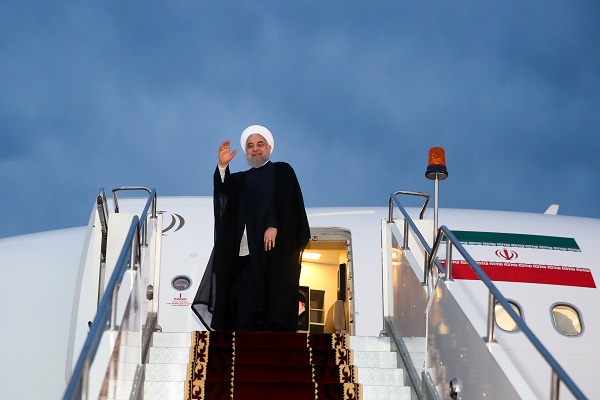 Speaking to reporters at Tehran’s Mehrabad Airport before leaving for Malaysia on Tuesday morning, Rouhani said the Muslim world has many potentials in terms of geography, energy, population, industry, culture and civilization.

Unfortunately, however, it is facing many problems, the president regretted.

“Terrorism, war and bloodshed, foreign meddling, lack of necessary conditions for development and poverty are among the problems the Islamic world is facing,” he added.

Rouhani is traveling to Malaysia to attend the Kuala Lumpur Summit (KL Summit 2019), which will open in the Southeast Asian country’ capital on Wednesday.

He noted that heads of five Muslim states, namely Iran, Malaysia, Turkey, Qatar and Pakistan will take part in the gathering.

According to the summit’s website, it is an international platform for Muslim leaders, intellectuals and scholars from around the world to discuss and exchange ideas about issues revolving in the Muslim world.

Elsewhere in his remarks, Rouhani referred to the common views of Iran and Malaysia in regional and Muslim world affairs and said both countries believe in the need for dialogue and moderation for resolving issues in the Islamic world.