Five Sentenced to Death over Khashoggi's Murder in Istanbul

General
News ID: 3470165
TEHRAN (IQNA) – Saudi Arabia's public prosecutor said on Monday five people had been sentenced to death over the murder of Saudi journalist Jamal Khashoggi in Istanbul in October last year, but two top figures investigated over the killing have been exonerated. 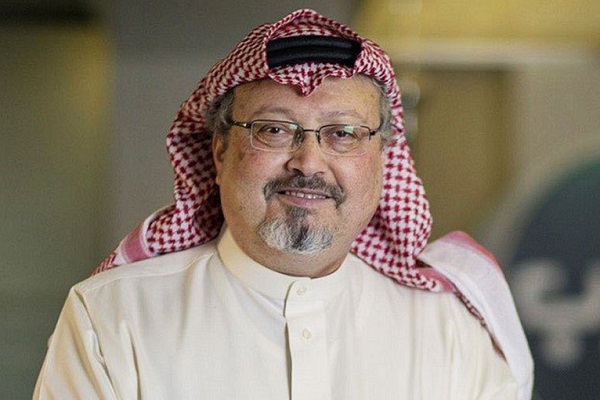 "The court issued death sentences on five men who directly took part in the killing," the prosecutor, Shalaan al-Shalaan, said in a statement.

Saudi prosecutors had said deputy intelligence chief Ahmed al-Assiri oversaw the Washington Post columnist's killing in the kingdom's Istanbul consulate in October 2018 and that he was advised by the royal court's media czar Saud al-Qahtani.

The court also ruled that the Saudi consul-general in Istanbul at the time, Mohammed al-Otaibi, was not guilty. He was released from prison after the verdicts were announced, according to state TV.

After holding nine sessions, the trial concluded that there was no previous intent by those found guilty to murder, according to state TV.

Of the 11 unnamed individuals indicted in the case, five were sentenced to death, while three face jail terms totaling 24 years, and the others were acquitted. All can appeal the verdicts.

The trials of the accused were carried out in near-total secrecy, though a handful of diplomats, including from Turkey, as well as members of Khashoggi's family, were allowed to attend the sessions.

The killing of the US resident and Saudi writer last year shocked the world.

Khashoggi, a critic of Saudi Crown Prince Mohammed bin Salman (MBS), was living in self-exile in the United States where had been granted political asylum.

Political pressures had forced him out of his home country and he had begun writing an opinion column for the Washington Post, commenting on its foreign policy and repression of speech, taking direct aim at MBS.

After being granted asylum, Khashoggi had begun to build a network between Washington, Istanbul, London and other world capitals.

He was planning to marry and resettle in Turkey with his fiancee, Hatice Cengiz, which was the reason for his visit to the consulate.

He had walked into his country's consulate in Istanbul on October 2, 2018, to collect documents that would allow him to wed Cengiz, who waited for him outside. He never walked out.

Audio recordings, CCTV footage and forensic evidence all point to a nightmare story; Khashoggi was killed by a hit squad and then dismembered, the consulate scrubbed clean and his body disposed of. The whereabouts of his dismembered body are still unknown.

A body double wearing the dead Khashoggi's clothes exited the consulate in what had all the hallmarks of a carefully planned operation.

After weeks of repeated denials that it had anything to do with his disappearance, the kingdom eventually acknowledged that its officials were behind the gruesome murder.

Turkish intelligence agencies concluded that he was killed in a premeditated murder, while the CIA has reportedly found that Prince Salman likely ordered the killing.

But Riyadh has consistently denied that the crown prince was involved.

"The fact that several high-profile people have not been charged raises questions around the credibility of the trial and whether or not these people [sentenced to death] were chosen as scapegoats.

"There has been evidence that phone calls were held between Qahtani and the people who carried out the murder," he added.