Social
News ID: 3470173
TEHRAN (IQNA) – With Brexit looming, the economic forecast for Britain might look uncertain, but the booming halal food industry proves that the 'green pound' and Muslim spending remains at an all-time high in Britain. 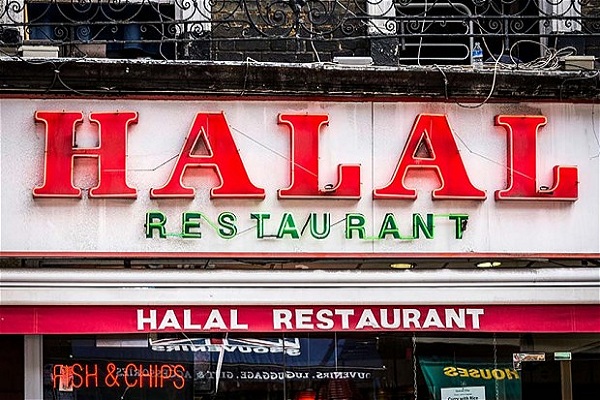 Just less than a decade ago halal meat could only be bought from small, local butchers in heavily Muslim-populated areas. The only halal takeaway options were Indian curries or £2 fried chicken and chip boxes and restaurants were few and far between.

But today, Muslim consumers have more choices than ever before – whether they want a quick takeaway, decadent steak frites or even, a ready-meal.

Pre-packaged halal chicken, lamb chops or mincemeat is now a staple in most large supermarkets and just last month major UK retailer M&S Food announced they would begin stocking their own range of halal ready-meals.

The move came following an employee's idea to offer Muslim consumers an option for a quick and easy halal ready meal, something that was missing in the industry. The range, which includes British favourites like chicken arrabbiata, chicken and mushroom tagliatelle, and chicken & leek bake is certified by the Halal Food Authority (HFA).

"Following a halal diet, there are limited options if I want to grab something quick and easy for dinner," explains Simon Pollitt-Khan, store manager of M&S at Temple Fortune, north London.

"Whilst some major retailers are starting to stock Halal meat, there are still very few opportunities to eat different flavor foods – like Italian or more traditional British dishes – in a convenient halal format, so, I approached the food leadership team with an idea. It’s great to see it turned into a reality."

The growing demand for halal meat correlates with a growing Muslim population, as Nadeem Adam, Operations Manager at the Halal Monitoring Committee (HMC), explains, "If we look at the root cause of the increased demand for halal meat, the biggest factor is the amount of meat being consumed.

"British Muslim's account for nearly four percent of the entire population in the UK, yet they consume up to 20 percent of local fresh meat and poultry, which means that the average Muslim consumes up to five times more meat than their English counterpart."

He also states that the emergence of global brands selling halal options has played a part in the halal food boom, "Muslims who already consume a huge amount of meat and poultry are now able to buy from brands that they could not have purchased from just a few years ago."

Layla Hassanali, founder of the Halal Girl about Town (HGAT) blog, noticed a gap in the Muslim market when she started posting her halal food reviews online, seven years ago.

"HGAT started in 2012 whilst I was a hungry university student who was constantly on the search for a good halal restaurant" she explains.

"Bored of the same old stereotypical Indian/Pakistani/Middle Eastern establishments, I wanted to explore something different so I started calling restaurants and enquiring about their halal status. To my surprise there were several that served halal but did not advertise this.

"I wanted to share this information with the masses and for them to explore options outside of their usual bubble too – like Chinese, Japanese, south American etc. At the time, there was no resource with subjective halal reviews like this so HGAT was born."

In the past Muslim consumers were restricted with where they could purchase halal meat from, and retailers spotted a clear gap in the market.

"Buying habits are changing very quickly with the millennials and generations to come focusing on more convenience," explains Nadeem.

"With this in mind the consumers are increasingly buying from butcher counters that are available in large supermarkets. The HMC currently certifies 40 butcher counters across the UK, giving Muslim consumers a certified product that is vetted in real-time from the point of slaughter through to where the consumer makes the purchase."

Layla also believes that the demand for halal food comes from an increasing need for more Muslim-friendly social outlets.

"For a Muslim, going out to eat with friends and family plays a big part in their social life, especially when living in a country where there is a heavy drinking and partying culture" she explains.

"With more Muslims dining out than staying at home, the halal restaurant sector has also grown to keep up with the increased demand."

"Our new halal meal range is a great example of how we are broadening appeal so that more customers can enjoy our delicious, quality food."

The forecast might look good for the halal food industry but Layla believes that it is the consumer who can decide which direction it will take.

"There is no doubt that the halal food industry is growing and will continue to do so for a long time, but it's up to us, as the consumers, to steer it in the right direction.

"The power of social media and the internet has also had a big part to play in the growing demand. Muslims who use these platforms are enticed by what they see online, whether they are inspired to start a restaurant of their own or want to consume what they see and search for it."

However, Layla believes that the market is flooded with the same type of food, "Since the halal food boom, the industry has become saturated with burgers and junk food establishments," explains Layla.

"It would be nice if there were more halal fine dining establishments, perhaps the first halal Michelin started restaurant run by a Muslim, and just more diverse food options available."