General
News ID: 3470374
TEHRAN (IQNA) – At least one child was killed and another wounded in attacks by Saudi-led forces in Yemen’s northern province of Sa’ada. 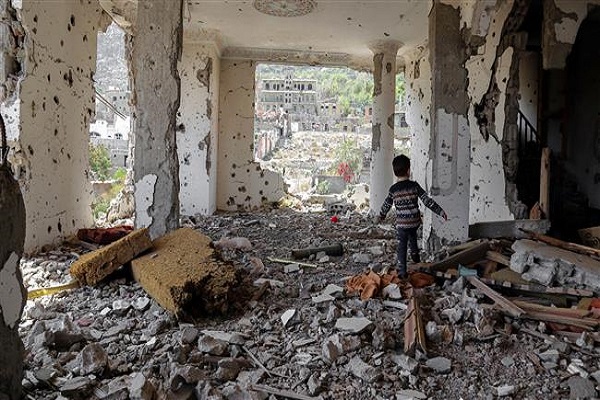 According to Yemen’s al-Masirah television, Saudi-led forces poured rockets and artillery shells on a rural area in the Razih district of the province in the early hours of Thursday, killing the child and wounding the other.

There was no report yet about the extent of damage caused by the attacks, according to Press TV.

The Western-backed war, coupled with a blockade of the country, has led to the world’s worst humanitarian crisis in Yemen, with many children suffering from cholera and severe malnutrition.

Back in September last year, UNICEF estimated that some two million children were out of school in Yemen.

Saudi Arabia and a number of its allies launched the war on Yemen in March 2015, with the goals of bringing a former regime back to power and eliminating the popular Houthi Ansarullah movement.