General
News ID: 3470432
TEHRAN (IQNA) – During a ceremony at Montreal City Hall Thursday to launch Muslim Awareness Week, thoughts were focused on a horrific event that took place in a Quebec City mosque three years ago. 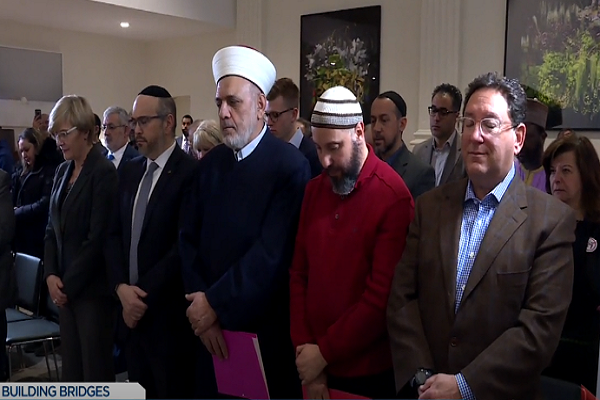 “For us, it’s very important this week because it started 29th of January 2017,” Boufeldja Benabdallah, founder of the Quebec City Islamic Centre, said after the launch.

On that day, a gunman entered Benabdallah’s mosque during evening prayers and opened fire. Six people were killed. The murders shocked the province and terrified members of the province’s Muslim communities.

The incident was commemorated the following year, but some people wanted more.

“OK, we are commemorating, we remember, Quebec remembers,” said Ehab Latoyef, coordinator of the Muslim Awareness Week organizing committee. “But how do we build?”

That’s why he helped to launched the first annual Muslim Awareness Week in 2019 to build bridges between Muslim and non-Muslim groups.

“It is only by hard work, by reaching out, by, let me say, exposing ourselves so that people would know us, so that they would stop hating us,” he said.

The week runs from Jan. 25 to 31. Activities include conferences, round table discussions and films. Many mosques, including the al-Madinah Centre on Stanley Street in downtown Montreal, will host open houses.

As the anniversary of the shooting approaches, some Muslims like Sadef Kotwal, who attended the launch event at city hall, say they do wonder.

But the passing of Bill 21, restricting the right of some public servants in positions of authority from wearing religious symbols has Latoyef concerned.

“In the wake of what happened in Quebec City,” he said, “the last thing anybody would have expected is a bill like Bill 21.”

Still, he and others like Kotwal hope the week’s activities will benefit not only the Muslim community but other visible and cultural minorities as well.

“So we can learn to love and work and live together as one community and not as a very broken up one,” she smiled.