General
News ID: 3470459
TEHRAN (IQNA) – Members of Iran’s Quranic community will visit the mausoleum of Imam Khomeini (RA) on Tuesday to renew allegiance with his ideals. 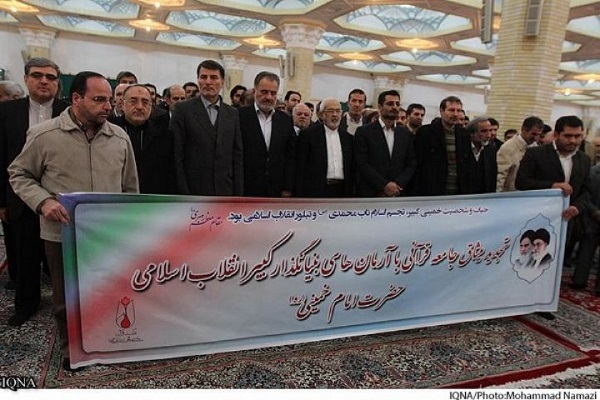 The visit to the mausoleum of the late founder of the Islamic Republic will come ahead of the occasion of the Ten-Day Fajr (Dawn) celebrations.

It will be organized by the Quranic Work-team of the committee set up to hold the celebrations.

The participants will lay a wreath on the tomb of the late Imam and recite prayers.

They will also hold a Quran recitation session at the mausoleum in memory of Martyr General Qassem Soleimani, who was assassinated in a US drone strike in Iraq earlier this month.