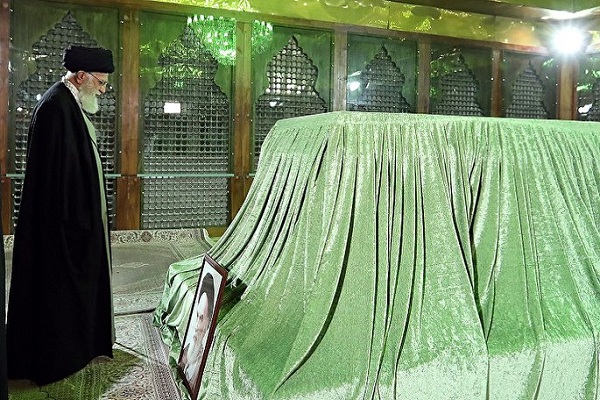 The visit came on the first day of the Ten-Day Fajr (dawn) celebrations, which mark the anniversary of the Islamic Revolution’s victory in February 1979.

The Leader paid tribute to the late founder of the Islamic Republic of Iran and the country’s martyrs.