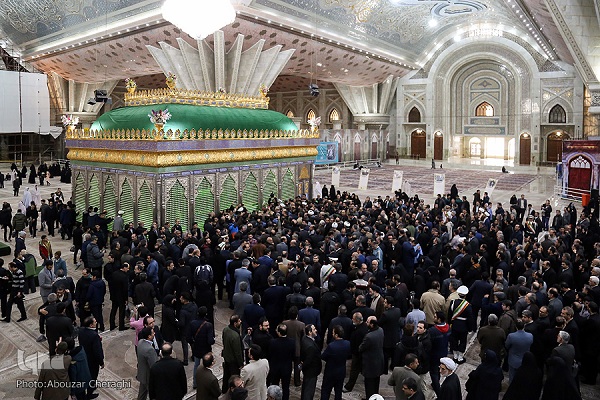 In a statement released on Tuesday, members of the Quranic community, including Quran masters, memorizers, Qaris, teachers, and activists reminded everyone of the plots hatched by enemies to undermine the Islamic resistance and the unity of the Iranian people.

They invited people from all walks of life to attend the rallies like previous years to show support for the Islamic Revolution and give a crushing response to the US, Zionist regime and their regional cronies.

The statement was read out during a visit by members of the Quranic community to the mausoleum of Imam Khomeini (RA) on Tuesday, ahead of the occasion of the Ten-Day Fajr (Dawn) celebrations.

They to renewed allegiance with the ideals of the late founder of the Islamic Republic, laid a wreath on the tomb of the late Imam and recited prayers.

They also held a Quran recitation session at the mausoleum in memory of Martyr General Qassem Soleimani, who was assassinated in a US drone strike in Iraq earlier this month.