General
News ID: 3470504
TEHRAN (IQNA) – The annual Quran competition in Ibb Governorate of Yemen started with the participation of 200 Quran memorizers on February 1. 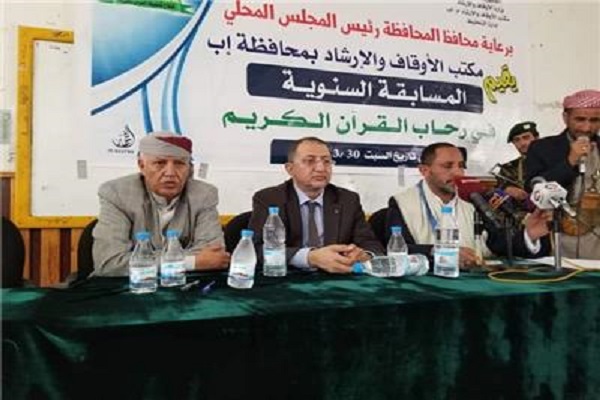 According to sabanew.net, the opening ceremony of the competition was addressed by Abdul Fattah Ghalab, representative of the governorate in Awqaf and education affairs.

He stressed the importance of the competition in encouraging the youth to learn and memorize Divine verses and contemplate on Quranic teachings.

Noting that everyone’s culture, morality and behavior reflects how much they are acting upon Quranic teachings, he advised the youth to take part in the courses held by Quran memorization centers affiliated to the Awqaf office.

Bandar Al-Asal, director general of the office, was another speaker who said that the 200 contenders have been selected from 36 Quran memorization centers, including 20 ones affiliated to the office and 16 centers belonging to charity institutes.

Also speaking in the program, Sheikh Abdul Basit Al-Hamidi, a Kuwaiti scholar said that the Holy Quran brings people closer together and is the source of dignity for the Muslim Ummah in the world.