General
News ID: 3470609
TEHRAN (IQNA) – Yemeni army forces, supported by allied fighters from Popular Committees, intercepted and targeted the third unmanned aerial vehicle belonging to the Saudi-led military coalition in less than a week, in retaliation for the alliance’s military aggression against their conflict-stricken country. 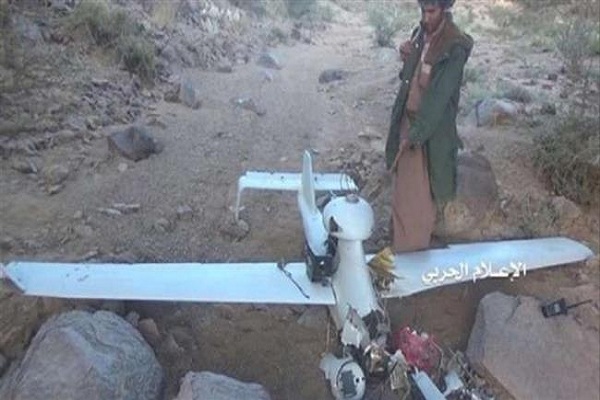 The media bureau of the Ansarullah movement, citing an unnamed military source, reported that Yemeni air defense forces shot down the drone with a precision-guided missile as it was flying in the skies over al-Malahiz area in Saudi Arabia’s southern border region of Jizan, situated 966 kilometers south of the capital Riyadh, on Tuesday evening.

Separately, Yemeni soldiers and their allies repelled an attack by Saudi forces and Saudi-sponsored militiamen loyal to Yemen's former president Abd Rabbuh Mansur Hadi on the Hays district of the country’s western coastal province of Hudaydah, killing and injuring tens of them in the process, Press TV reported.

Saudi fighter jets also conducted two airstrikes against an area in the Khabb wa ash Sha'af district of Yemen’s northern province of al-Jawf. There were, however, no immediate reports about possible casualties and the extent of damage caused.

Several Saudi-paid militiamen were also killed and injured when Yemen forces conducted a surprise attack in Ajasher desert of the kingdom’s Jizan region.

Elsewhere in the al-Dhaher district of the northwestern Yemeni province of Sa’ada, two men sustained injuries after Saudi forces launched a barrage of artillery rounds at residential areas.