General
News ID: 3470810
TEHRAN (IQNA) – The death toll in India’s capital from clashes last week between Hindus and Muslims rose to 46, officials said Monday, a day after false rumors of new violence led to panicked calls to police in many parts of the city. 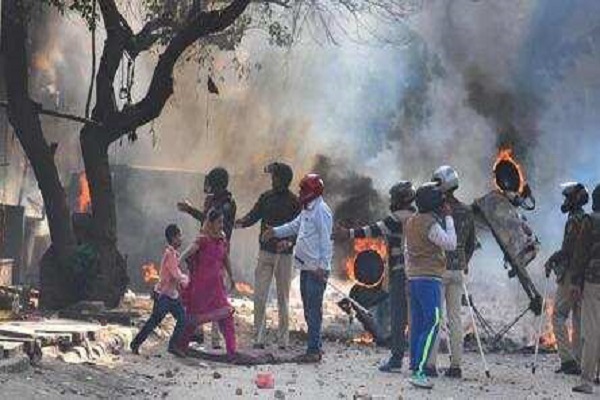 The clashes in New Delhi began over a disputed new citizenship law in which hundreds were injured and houses, shops, mosques, schools and vehicles were set on fire.

Tensions between Hindu hard-liners and Muslims protesting the Hindu-first policies of Prime Minister Narendra Modi’s government had been building for months when the violence exploded a week ago Sunday, the eve of US President Donald Trump’s state visit to India.

Apart from a single tweet after the riots had almost ended, Modi has been publicly silent on the violence.

His powerful home minister, Amit Shah, has accused opposition parties of inciting the clashes by spreading misinformation about the citizenship law, which fast-tracks naturalization for religious minorities from several neighboring countries but not Muslims.

The rumors spreading on Sunday included reports of armed groups marching in neighborhoods while chanting slogans, and houses being set on fire, AP reported.

The panic subsided when police reached out to both Hindu and Muslim religious leaders and asked them to help maintain calm in their neighborhoods. Police also issued statements and some lawmakers took to the streets to reassure people that the situation was normal.

On Monday, India’s top court agreed to hear cases filed by riot victims accusing leaders of Modi’s Bharatiya Janata Party of hate speech. Some of the victims accuse Kapil Mishra, a local leader of Modi’s party who lost his Delhi state assembly seat in recent elections, of stoking the violence.

Mishra had demanded at a rally that police shut down a Muslim-led protest in the city or else he and his followers would do it themselves.

Hours later, Hindus and Muslims fought each other with guns and swords, metal rods and axes, leaving the streets where the rioting occurred resembling a war zone.

The violence had largely subsided by Wednesday, but the Indian capital has remained on edge.

Most of the dead and injured were Muslims, with thousands fleeing their homes in fear.

Shah controls the city’s police force, which has been accused of aiding Hindu mobs in the clashes. Police have denied the allegations.

Senior Congress leaders including Rahul Gandhi protested near Parliament as party supporters demonstrated on the streets outside. Many were detained by police after they burned an effigy of Shah.

Authorities are yet to provide an official account of what sparked the violence. Police spokesman Manjeet Singh Randhawa did not respond to repeated questions about how many of the hundreds of people detained in the riots had been charged.

The violence is the latest in a long line of communal clashes that date to the British partition of the Indian subcontinent in 1947, when the country was split into secular, Hindu-majority India and the Daesh of Pakistan.