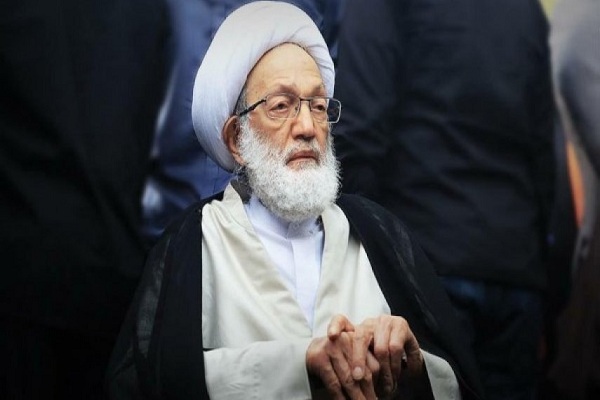 The call came in the wake of the novel coronavirus pandemic, with the senior cleric stressing that failure to take the measure will have dire consequences.

“Even if the release of political prisoners and prisoners of conscience in Bahrain, whose number stands in thousands, might not be recognized as a religious, constitutional, national and human right and would have no priority among the policies of ruling authorities, there is inevitable truth that COVID-19 virus could hit prisons and lead to consequences much more catastrophic that what the world has been witnessing,” Arabic-language Bahrain Mirror news website quoted the cleric as saying in a statement.

He added, “Because of the high number of [coronavirus] patients and victims, security calculations cannot remain as perceived by local and foreign institutions in normal circumstances.”

According to Press TV, Sheikh Qassim stressed the need for the freedom of political prisoners, saying, “Sitting idle and waiting for COVID-19 to strike prisons by surprise would plunge the country into chaos.”

“Do not let coronavirus rip the homeland apart, and push it into unprecedented insecurity and hiatus. Neither reason nor suppression will be able to manage the situation once public rage over the spread of the virus boils over,” the top Bahraini Shia cleric pointed out.

Meanwhile, a group of political prisoners at the notorious Jau Prison, south of Manama, have expressed their support for Sheikh Qassim’s statement, and called on the international community and human rights organizations to pay attention to their condition.

“We are a group of prisoners of conscience in Jau Prison. We appeal to the international community, human rights organizations, and decision-making bodies of the world to prevent a humanitarian catastrophe at Bahrain's prisons,” the dissidents said in a statement.

The statement added, “Apart from intense fears that the coronavirus pandemic could be transmitted to prisons and cause infections, the prison administration continues to neglect healthcare, and either cancels or postpones necessary medical appointments for people with chronic diseases.”

“Given the exceptional situation in the world in light of the coronavirus outbreak, which requires the utmost protection and safety measures, we demand to provided with sanitary ware and prison buildings that are home to hundreds of inmates to be regularly disinfected,” the prisoners highlighted.

King Hamad ratified the constitutional amendment on April 3 that year.