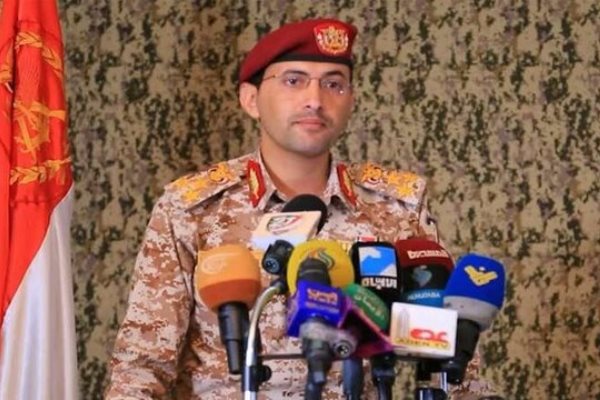 The spokesman for Yemen’s Armed Forces, Brigadier General Yahya Saree, said in a tweet that the Yemeni Air Force had conducted “a massive operation” on the southwestern cities of Khamis Mushait and Najran at noon on Friday.

He said that the military used Qassif K2 drones in the operation, Press TV reported.

The spokesman added that “the control room of Najran airport, and weapons warehouses in King Khalid air base in Khamis Mushait, and other military positions” had been targeted in the attack.

Saree on Thursday emphasized that legitimate retaliatory attacks would continue as long as the Riyadh regime and its allies pressed ahead with their war on and blockade of Yemen.

“We will continue to target military and sovereign institutions that are spearheading the [military] aggression against our people at the depths of Saudi Arabia,” Saree said on Thursday night.

Last week, Yemeni Armed Forces conducted large-scale attacks on the headquarters of the Saudi Defense Ministry and general intelligence agency as well as King Salman Air Base in the capital, Riyadh, and in the Najran and Jizan regions.

Saudi Arabia and a number of its regional allies launched a devastating war on Yemen in March 2015 in an attempt to subdue an uprising that toppled a regime friendly to Riyadh.

More than half of Yemen’s hospitals and clinics have been destroyed or closed during the war by the Saudi-led coalition, which is supported militarily by the UK, the US and other Western countries.