General
News ID: 3471902
TEHRAN (IQNA) – The regional administration in Indian-administered Jammu and Kashmir is set to allow a Hindu pilgrimage despite rising coronavirus infections and deaths. 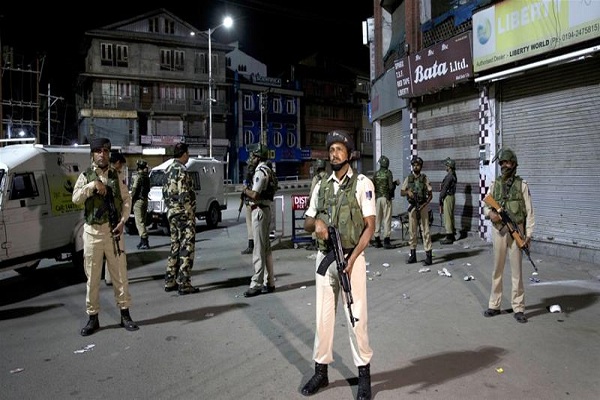 Under a government order effective the weekend of July 4, the regional administration has prohibited all social and religious gatherings but at the same time is allowing a Hindu pilgrimage to a shrine in Amarnath cave at an elevation of 3,888 meters (12,775 feet) in the Phalgam area of south Kashmir.

Inside the cave is a Shiva Lingam, a holy symbol for Hindus worldwide.

Authorities in the region said the pilgrimage will be undertaken in a “restricted manner” beginning at the end of this month, with 500 Hindu pilgrims allowed per day, Anadolu Agency reported.

Chairing a meeting of a sub-committee in the Indian Supreme Court, the region’s Chief Secretary BVR Subrahmanyam said that during the pilgrimage, all measures to stem the virus’ spread will be strictly adhered to while all entrants to the region will be sampled, tested and quarantined.

Though the pilgrimage period has been cut short from 42 days to 15, critics and health experts in the region warn that people coming from other Indian states hard hit by the virus will carry infections to the region as well.

“Already we have more than 8,000 cases here, and from the last three days, more than 20 deaths have taken place,” a resident doctor dealing with COVID-19 cases told Anadolu Agency. “I ask the government if we can afford this crisis more.”

Majority-Muslim Jammu and Kashmir has been under a lockdown for 11 months, with human rights groups saying the Indian administration has been oppressing the people of the disputed region, especially since taking away its special status under the Constitution last August.