General
News ID: 3471912
TEHRAN (IQNA) – The Zionist regime ordered the demolition of at least 30 Palestinian facilities in the village of Isawiya of Jerusalem al-Quds. 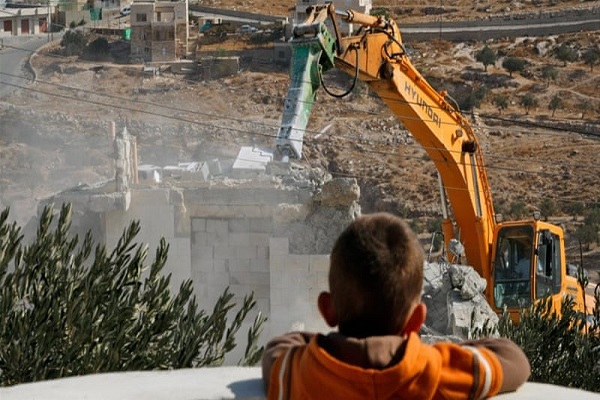 The ‘Israeli Civil Administration’ on Monday distributed evacuation and demolition notices to that end, the Palestinian Information Center reported.

Some of them are inhabited houses and others are still under construction.

Last month, the United Nations Office for the Coordination of Humanitarian Affairs (OCHA) reported a 250-percent increase in the number of structures targeted across the occupied territories. The UN, which recognizes Jerusalem al-Quds as an occupied territory, has urged Israel to halt the demolitions.

Israel has had the West Bank, including East Jerusalem al-Quds, under occupation since 1967.

International organizations and rights groups say Israeli demolitions are an attempt to uproot Palestinians from their native territory and confiscate more land for the expansion of illegal settlements.

About 600,000 Israelis live in over 230 illegal settlements in the West Bank and East Jerusalem al-Quds.

The Israeli military started bulldozing vast tracts of land in the town of Huwara near the southern Palestinian city of Nablus.

Clashes also erupted between Israeli troops and Palestinians protesting against the move.

They are currently facing even greater repression as President Donald Trump of the United States has already given Israel the green light for land grab in his self-proclaimed ‘deal of the century,’ which was unveiled in January with the aim of re-drawing the Middle East map.