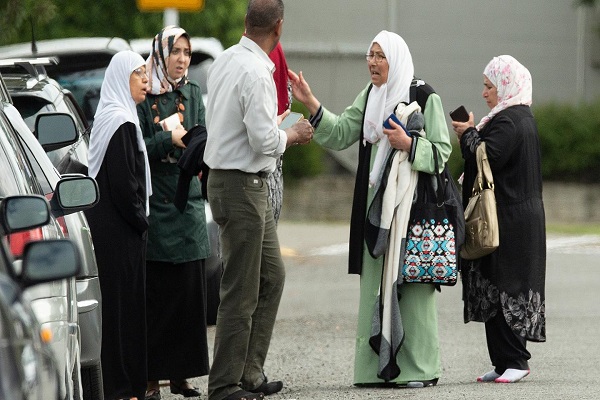 Ardern said the mosque attacks – where a gunman murdered 51 people in two mosques in Christchurch – were "burned deeply into our history".

She said the issue should be taken seriously – at the time, she described it as New Zealand's darkest day.

"No one in New Zealand would ever want to see anyone taking lightly about something that had such an extraordinary impact on our Muslim community," she said Monday.

Her answer was in response to comments made by a controversial Australian comedian Isaac Butterfield in his stand-up comedy show "anti-hero".

In it, he made a joke about the victims of the attack – making light of a racist stereotype.

There was a brief moment when some of the audience members could be heard gasping in shock.

However, within seconds the comments received a round of applause as Butterfield grinned.

Ardern said she had not seen the video, but her general sentiment is that people should take that issue seriously.

Butterfield has a reputation as an offensive comedian.

In May last year, Netflix cancelled his planned stand-up special because of his anti-Semitic comments.

He has also joked about pedophilia and many of his jokes have racist undertones.

In fact, in 2018 one of his videos was taken down from Facebook on the ground of racism and hate speech.

At the time, however, he told the Project that any suggestion the video was racist was an "absolute disgrace".

"These were polite jabs at the beautiful country of New Zealand," he said.

"I've had so much support from New Zealanders saying they loved it, it was just fantastic.

"Facebook, Zuckerberg, I don't know what you're talking about. Calm down."

He told the program that he "absolutely" believed that comics like him should have some kind of "comedic immunity", much like the Parliamentary privilege afforded to politicians.