General
News ID: 3472206
TEHRAN (IQNA) – The Palestinian resistance movement Hamas called for establishment of a national committee composed of all Palestinian factions and political forces to handle the file of Jerusalem al-Quds and defend it from Israeli aggression. 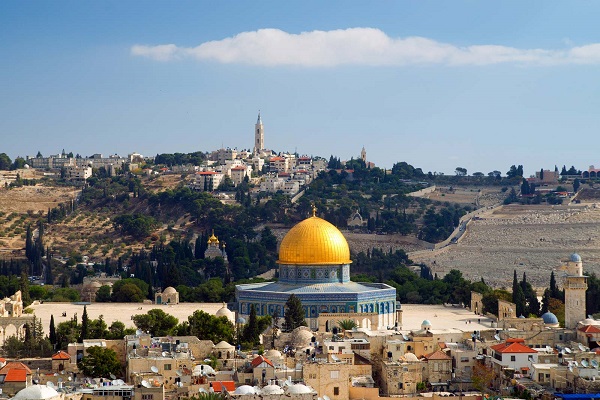 In a statement, Maher Obeid, a member of the political bureau of Hamas, said Israel’s campaign of demolition in Silwan district of Jerusalem al-Quds is part of the regime’s move to Judaize the holy city and carry out its annexation schemes.

The Hamas official, whose remarks were carried by the Palestinian Information Center, further said that Israel’s persisting policy in demolishing Palestinians’ homes and buildings in Jerusalem al-Quds necessitated an all-out national campaign to deter the regime from exerting pressure on true Jerusalemites to leave their own city.

Obeid also emphasized the need to protect the presence of Palestinians in Silwan and prevent Israeli settlers from encroaching on it, describing the district as “the Aqsa Mosque’s southern portal.”

Silwan is a predominantly Palestinian neighborhood on the outskirts of the Old City of Jerusalem al Quds. The city’s municipality usually issues orders to demolish Palestinian homes in the district under the pretext that they lack the necessary construction license, which is almost impossible to obtain.

Israeli authorities sometimes order the Palestinian owners to demolish their own homes or have the municipality fine them for demolition costs.

The member of the political bureau of Hamas further called on Arabs and Muslims to support the Palestinian population of Jerusalem al-Quds and to safeguard the Islamic identity of the city by all possible means, Press TV reported.

Back in May last year, the Israeli rights group B’Tselem said in a report that the Tel Aviv regime had forced nearly 3,000 Palestinians from their homes in Jerusalem al-Quds in the previous 15 years.

Trump gave Tel Aviv the green light to annex large parts of the West Bank and Jordan Valley in his self-proclaimed “deal of the century,” which was unveiled in January with the aim of legitimizing Israel’s occupation and re-drawing the Middle East map.

The scheme has drawn global condemnation. Still, Israeli prime minister Benjamin Netanyahu says he is determined to carry on with it.