General
News ID: 3472509
TEHRAN (IQNA) – The European Union (EU) voiced concern about the demolition of Palestinian houses and structures by Israel in the occupied West Bank. 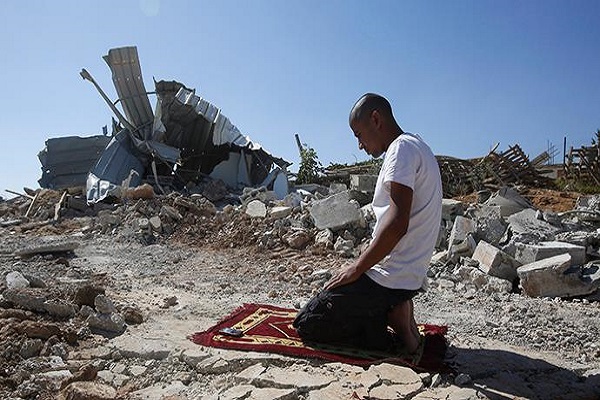 On Tuesday, EU missions in Jerusalem al-Quds and Ramallah said in a statement that the demolitions, which include structures that had been built by funds from the EU or EU member states, had led to the displacement of Palestinians and negatively affected Palestinian communities.

The EU missions said that from January to August 31, a total of 107 residential units and 46 other units, including shops and storerooms, had been razed in East Jerusalem al-Quds alone.

They also expressed concern that the demolitions had continued in the occupied territories after the outbreak of the COVID-19 pandemic in early March and despite “the various obligations of the occupying power under international humanitarian law,” calling on the Tel Aviv regime to halt the demolitions.

“In line with the EU’s long-standing position on Israel’s settlement policy, illegal under international law, and actions taken in that context, such as forced transfers, evictions, demolitions and confiscations of homes, the EU once again urges the Israeli authorities to halt demolitions of Palestinian structures,” said the missions, according to Press TV.

They concluded the statement by saying that the current demolition policy was in violation of international law and “undermines the viability of the two-state solution and the prospect for a lasting peace in the region.”

Israeli officials have issued nearly 650 demolition orders against Palestinian-owned structures in Jerusalem al-Quds since the beginning of the current year.

Israel’s demolition of Palestinian homes and structures in occupied Jerusalem al-Quds and elsewhere in the West Bank are part of a plan by the regime to expand settlements and force Palestinians from their homes and land.

Israeli authorities claim that demolition orders are carried out because the Palestinian-owned structures have been built without the required construction permits. Palestinians, on the other hand, argue that such authorization is routinely denied.

More than 600,000 Israelis live in over 230 settlements built since the 1967 Israeli occupation of the Palestinian territories of the occupied West Bank and East Jerusalem al-Quds.

Late on Monday and in the early hours of Tuesday, Israeli forces stormed different areas of the occupied West Bank and arrested at least 50 Palestinians, Ma’an news agency reported.

The report said that Israeli forces arrested 43 Palestinians in al-Khalil (Hebron) and detained seven others in Bethlehem and Ramallah cities.

The arrest campaign has been the largest since the beginning of this year, said a statement by the Palestinian Prisoners Club on Tuesday, adding that Israeli forces had arrested more than 3,000 Palestinians in the West Bank between January and August.

In a separate report, the Palestinian Information Center said that the arrest campaign was aimed at detaining members and some leaders of the Palestinian resistance movement of Hamas.