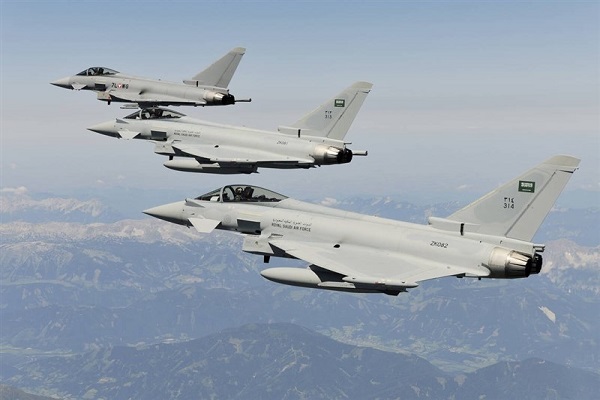 The strikes come a few days after Yemeni armed forces launched missile and drones strikes against a strategic target in the Saudi capital, Riyadh, in retaliation for the regime’s deadly bombing campaign and inhumane siege on their country.

The Saudi-led coalition, however, claimed that it had intercepted and destroyed ballistic missiles and explosive drones launched towards the kingdom.

Since early 2015, Riyadh and a coalition of its vassal states have been engaged in a military campaign against Yemen in a futile attempt to reinstall a Saudi-friendly government there.

The Western-backed war, which has been accompanied by a crippling blockade of Yemen, has killed tens of thousands of people and afflicted the already-poorest Arabian Peninsula nation with the “world’s worst humanitarian crisis,” according to the UN.

Backed by the armed forces and allied popular groups, the Houthi movement has been defending Yemen against the Saudi-led offensive.