General
News ID: 3472724
TEHRAN (IQNA) – The spokesman for Yemeni Armed Forces said the Zionist regime of Israel constantly intervened in the internal affairs of the Arab country during the reign of slain dictator, Ali Abdullah Saleh. 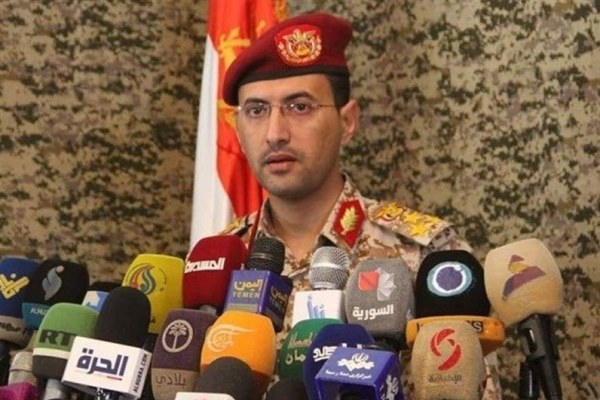 Speaking at a press conference broadcast live from the capital Sana’a on Sunday evening, Brigadier General Yahya Saree highlighted that the Yemeni nation is confronting a Saudi-led military aggression, which seeks to accomplish the desired objectives of the Tel Aviv regime.

“Yemen has long been at the main target of US-Israeli plots and the ongoing onslaught clearly proves this. The Armed Forces call upon Yemenis from all walks of life to raise their awareness about the real intentions of foreigners. Our struggle is nothing but a fateful battle for liberation and independence,” he said.

Saree noted that there were secret relations between Saleh’s government and Israel, which dated back to the year 2000, stating that there were even mutual visits between officials from both sides, Press TV reported.

The high-ranking Yemeni military official showed a number of documents indicating that Israeli authorities wished to control not only the strategic Bab-el-Mandeb strait, which connects the Red Sea to the Gulf of Aden, Yemeni islands and the port of Hudaydah, but also wanted to be in charge of Yemen’s economic, cultural, agricultural, security and military sectors.

Saree added that Saleh’s regime started to normalize ties with the Israel many years ago, and reached a high level of communication and coordination with Israel at various arenas in 2007.

“On July 14 of that year, Israeli diplomat Bruce Kashdan arrived in Sana'a according to available documents on an unannounced visit, which lasted 48 hours. During that trip, the Israeli official met with Yemeni military and security top brass who are relatives of Saleh,” Saree underlined.

He added, “The Israeli official left Sana’a International Airport on July 16, 2007. The visit had been arranged by Yemeni officials, and the United Arab Emirates (UAE) played the leading role in it. The Israeli diplomat had earlier visited Yemen on February 2, 2005.”

Saree noted that the visits to Sana’a were not simply aimed at normalization between Yemen and Israel, but sought close trade cooperation, entry of Israeli products into the Yemeni market and their promotion, as well as discussion on the implementation of joint projects.

One of the most important discussions in the field of civil aviation was an agreement that would allow Israeli airliners to cross Yemen's airspace, Saree pointed out.

The top military official went on to say that an Israeli parliamentary delegation paid a visit to Sana’a in early March 1996, and that the delegates enjoyed a remarkable reception and met with several high-ranking political and security officials.

“On March 30, 2000, Ali Abdullah Saleh confirmed that he had met with Israeli President Ezer Weizman. The Israeli media broke the news of the meeting only ten minutes afterwards, putting the former Yemeni president to shame.

“Before that, specifically on January 31, 1997, Saleh confirmed to an Arab official that there were visits by Israeli officials to Yemen,” Saree commented.

The spokesman for Yemeni Armed Forces then warned against Israel’s plan to naturalize tens of thousands of Yemeni-born Jews, emphasizing that such a scenarios poses a grave threat to Yemen’s national security.

Palestinians, who seek an independent state in the occupied West Bank and Gaza, with East Jerusalem al-Quds as its capital, view the deals as betrayal of their cause.

Palestinian President Mahmoud Abbas protested the normalization deals with Israel, saying they will be fruitless as long as the United States and Israel do not recognize the rights of the Palestinian nation and refuse to resolve the issue of Palestinian refugees.