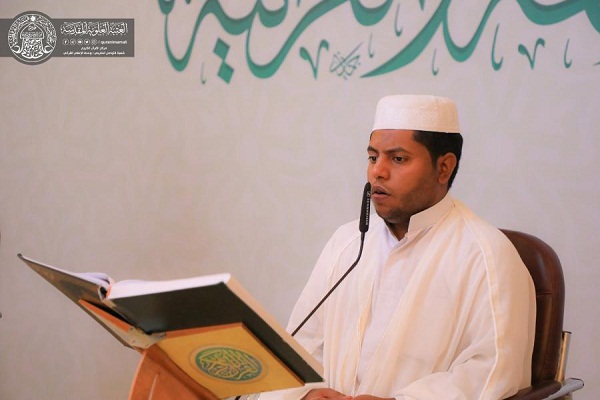 According to quran.imamali.net, in this program, Quran recitations by a number of eminent Qaris of Najaf are recorded at the holy shrine of Imam Ali (AS).

The program is produced in cooperation with the Quranic circles branch affiliated to the Quran Center of the Astan.

Abdulhadi Al-Abedi, head of the branch, said that the Quranic programs of the satellite channel include weekly Quranic sessions and monthly Khatm Al-Quran programs that have been received very well.

He added that the Khatm Al-Quran of the month of Rabi’ al-Awal is being recorded at Umar ibn Shahin Grand Mosque of the holy shrine.

The program is broadcast by the channel two times a day, after the morning prayers and at 2 p.m. local time.

It is the second TV Khatm Al-Quran program of the Astan’s Quran Center following the one broadcast in the month of Dhul Hijjah, he added.