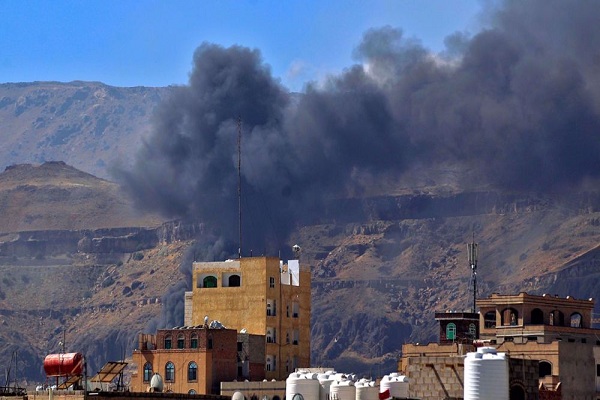 According to the Yemeni Health Ministry, four people were also wounded in the Friday airstrikes, which hit the provinces of Sana’a, al-Hudaydah, and Amran, al-Masirah television network reported.

The ministry said most of the aerial attacks had targeted populated residential areas, including the districts of Attan, al-Hafaa, Aiban, and al-Nahdayn in Sana’a, Press TV reported.

Mohammed Abdul-Salam, the chief negotiator for Yemen’s Houthi Ansarullah movement, said in a tweet that the new airstrikes showed that it was important to continue the retaliatory attacks on Saudi Arabia until the Saudi-led aggression and siege end.

Saudi Arabia and a number of its allies launched the devastating war on Yemen in March 2015 in an ongoing, unsuccessful attempt to suppress a popular uprising that had overthrown a Riyadh-friendly regime. They also imposed a blockade on the country.

The war has also taken a heavy toll on the country’s infrastructure, destroying hospitals, schools, and factories.

The United Nations (UN) says more than 24 million Yemenis are in dire need of humanitarian aid, including 10 million suffering from extreme levels of hunger. The world body also refers to the situation in Yemen as the world’s worst humanitarian crisis.