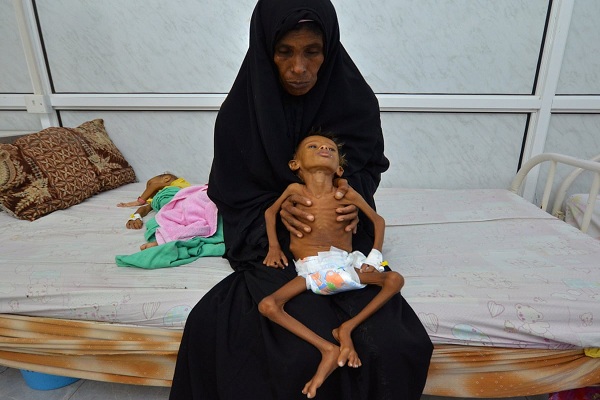 He warned against any unilateral moves as the United States threatens to blacklist the Houthi Ansarullah movement, whose fighters significantly help the Yemeni army against an invading Saudi-led military coalition.

Guterres made the remarks on Friday, as aid workers have already raised fears that if Washington carries out its threat in designating the Houthis a Foreign Terrorist Organization (FTO), it will bar life-saving aid from reaching the impoverished country.

“In this very fragile situation in relation to famine and in this hopeful moment in relation to conversations, we believe that any other unilateral initiative will probably not be positive. I don’t think we should rock the boat at the present moment,” the UN chief said during a press conference when asked about US plans regarding Yemen, Press TV reported.

Saudi Arabia and a number of its regional allies, with arms support from the US and several Western countries, launched a brutal war on Yemen in March 2015 in an attempt to restore the Riyadh-friendly regime of the resigned president, Abd Rabbuh Mansur Hadi, and crush the popular Houthi Ansarullah movement that has taken control of state matters.

The ongoing war has failed to achieve its goals, but killed tens of thousands of innocent Yemenis and destroyed the impoverished country’s infrastructure.

The UN says more than 24 million Yemenis are in dire need of humanitarian aid, including 10 million suffering from extreme levels of hunger. The world body also refers to the situation in Yemen as the world's worst humanitarian crisis.

All international efforts to put an end to the invasion have failed. As UN officials are trying to revive peace talks to end the brutal war, Yemen’s suffering is also compounded by an economic and currency collapse as well as the COVID-19 pandemic.

“In the absence of immediate action, millions of lives may be lost,” Guterres said in a statement earlier on Friday.

Earlier this week, some diplomatic sources revealed that the administration of US president Donald Trump was preparing to blacklist the Houthi movement, which controls northern Yemen and its most populated areas and has been a great help to the Yemeni army in defending the country against the Saudi-led invaders.

Aid groups fear the FTO designation might criminalize their work since they must go through the Houthis to carry out aid programs, as well as work with Houthi ministries and local financial systems.

Separately, UN humanitarian chief Mark Lowcock said the world body had received less than half of what was needed this year - around $1.5 billion - for its humanitarian operations in Yemen in comparison with the $3 billion it received last year.

On November 11 and during a virtual meeting of the UN Security Council on Yemen, top UN officials issued a solemn warning about a looming catastrophe in Yemen that would be affecting millions of Yemeni people, including women and children, appealing for further funds to prevent the tragedy.

Children are among the most vulnerable victims of the Saudi war on Yemen, but the issue has barely drawn any international response.

The UN children's agency warned in late June that the shortage of humanitarian assistance amid the coronavirus pandemic threatened to push more children in Yemen to the brink of starvation.