General
News ID: 3473341
TEHRAN (IQNA) – The Yemeni army, backed by popular committees, launched a fresh drone attack against the positions of the Saudi-led coalition, whose war on Yemen’s Ansarullah movement has killed thousands of civilians since 2015. 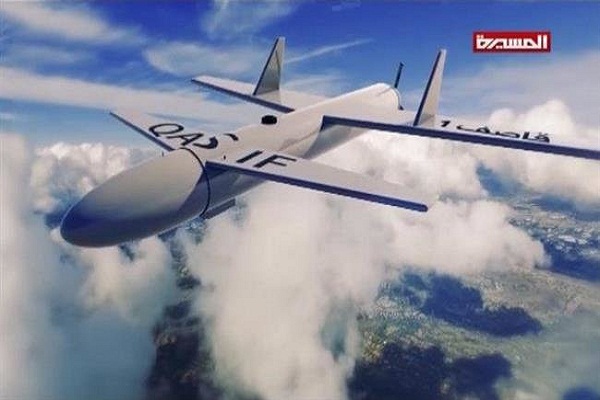 The Saudi-led coalition’s spokesman, Turki al-Maliki, confirmed the drone attack, but claimed that the coalition forces have managed to intercept the unmanned aerial vehicle.

The UAE’s Al-Khaleej newspaper quoted Maliki as saying that the drone attack had been launched against southern regions of Saudi Arabia, Press TV reported.

Yemen’s Houthi Ansarullah forces had targeted Saudi positions with three drones last week. Riyadh claims it has shot all of them down.

With the intensification of the coalition attacks against civilian areas of Yemen, the popular committees and the Yemeni army have resumed their deterring and defensive attacks deep inside the Saudi territories in recent days.

Following the attack, Spokesman for the Yemeni Armed Forces Brigadier General Yahya Saree warned that such operations against the coalition positions will continue as long as the Saudi aggression and the siege of Yemen continues.

He also noted that Yemeni forces are observing and controlling the enemy’s movements, and will target them wherever they are.

Supported militarily by the US, the UK, and several other Western countries, Saudi Arabia and a number of its regional allies launched the devastating war on Yemen in March 2015 to crush a popular uprising that had overthrown a regime friendly to Riyadh.

The US-based Armed Conflict Location and Event Data Project (ACLED) estimates that the war has claimed more than 100,000 lives in Yemen.

Nearly 3,500 children have been killed in Yemen since 2015, Yemen’s Human Rights Center says.

It says that some 5,500,000 Yemeni children are also at the risk of catching diseases due to malnutrition and shortage of health services.