General
News ID: 3473458
TEHRAN (IQNA) – At least nine Afghan people were killed and many others injured in a car bomb attack in Kabul, in the latest of a series of deadly attacks to rock the Afghan capital. 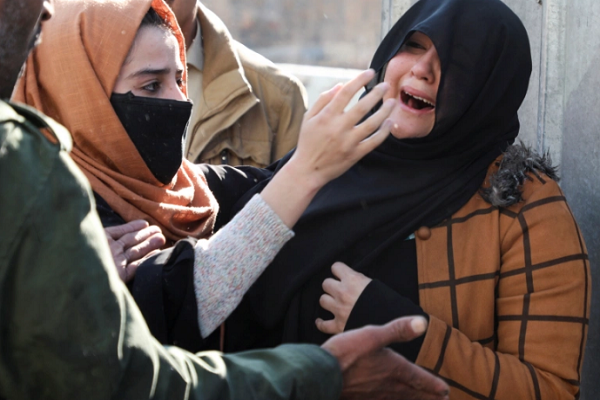 Afghan authorities said the blast took place in the west of Kabul early on Sunday, which led to the death of at least nine civilians, including women and children, with more than 20 others injured.

Television footage showed at least two cars on fire, with plumes of thick black smoke billowing into the sky.

Afghanistan’s Interior Ministry spokesman Tariq Arian blamed "terrorists" for the attack in a statement and said the explosion had also targeted the vehicle of Khan Mohammad Wardak, a member of parliament from Kabul.

The lawmaker has reportedly survived the attack and is among those injured.

“The terrorists today carried out a terror attack in PD5 of Kabul city. Children, women and elderly people are among those wounded. Homes around the area have been severely damaged. Unfortunately, eight of our compatriots were martyred and 15 more wounded, including Khan Mohammad Wardak, a member of parliament. These numbers might change,” Arian said in the statement.

Interior Minister Massoud Andarabi later confirmed the spokesman’s report, saying nine people had lost their lives and 20 more had been wounded in the explosion in Kabul.

It is unclear whether the explosive was planted in a car parked on the lawmaker's route or if a vehicle with the bomb was being driven by a bomber, Andarabi added.

Separate bombings were also reported on Sunday in the provinces of Logar, Nangarhar, Helmand and Badakhshan, in which a number of civilians and security forces were killed and injured.

No group or individual has so far claimed responsibility for the blasts.

The Daesh terrorist group, which has claimed responsibility for some of the recent attacks in Kabul, killed dozens of people, mostly students, in an attack on two education centers in the capital last month.

The group also fired on Saturday five rockets at Bagram Airfield, a major US airbase north of Kabul, but there were no casualties.

Aid Groups Urge US to Revoke Designation of Yemen’s Ansarullah