General
News ID: 3473580
TEHRAN (IQNA) – People in Yemen held an event to commemorate the first anniversary of the martyrdom of Lieutenant General Qassem Soleimani and his companion Abu Mahdi Al-Muhandis, in the presence of the Iranian ambassador and representatives of the Islamic resistance movements. 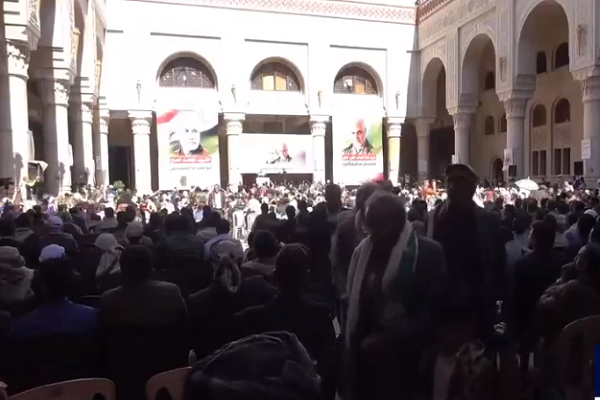 It was held in gratitude for the two martyrs’ sacrifices in confronting America, Israel, and their tools in the region.

The participants recalled the actions of the martyr Soleimani and how he terrified America and Israel, which thought, by assassinating him, to weaken the resistance forces, but contrary it lit a fire that would not be extinguished until the liberation of Jerusalem al-Quds and the demise of global arrogance.

Martyr Soleimani was an icon in the face of the Zionist entity and its projects. He played a great role in supporting the Palestinian resistance movements and stood by the Iraqi Popular Mobilization Units (PMU) in the battles with Daesh in Iraq.

Once again, Yemenis took a resolve to continue the legacy of General Qassem Soleimani in the face of years of aggression against the impoverished nation by Saudi Arabia and some its regional allies and their western backers, according to Press TV.