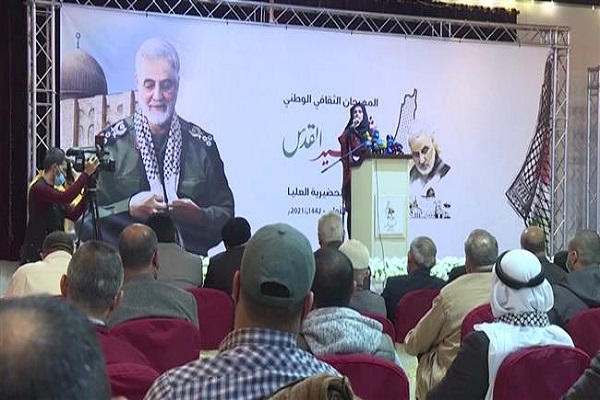 Leaders of Hamas and the Islamic Jihad movement were among those attending the event on Monday, according to Press TV.

General Soleimani, who commanded the Quds Force of Iran’s Islamic Revolution Guards Corps (IRGC), was admired as the Middle East's most influential and charismatic counter-terrorism leader.

He also played a major role in strengthening Palestinian resistance movements against the Israeli regime.

They consider him as a hero for Palestine and Jerusalem al-Quds.

The top commander was assassinated on January 3, 2020 in a drone strike in Baghdad upon a direct order by US President Donald Trump.