General
News ID: 3473656
TEHRAN (IQNA) – Pilgrims performing the Umrah rituals are the only ones allowed to perform circumambulation around the Holy Kaaba in the Grand Mosque in Mecca. 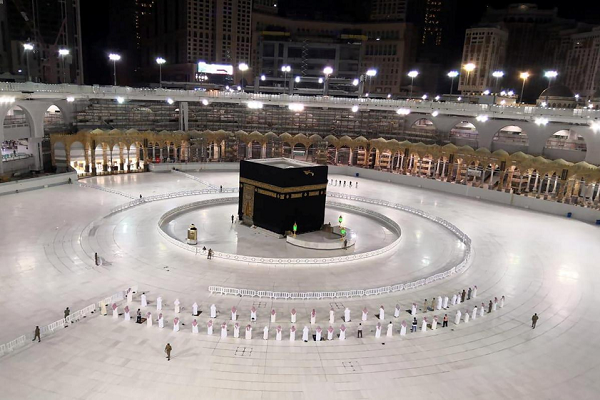 Social media reports had recently claimed that Saudi authorities decided to re-open the circumambulation area around the Kaaba for non-pilgrim worshippers starting Saturday.

“No one should be misled by what is circulated on social networking sites,” the sources added.

Last October, Saudi Arabia set into motion a phased plan for resumption of the Umrah or minor pilgrimage after suspension of around seven months due to the global coronavirus pandemic. Pilgrims have since been gradually allowed into the Grand Mosque in Mecca line with stringent health rules.

The first phase of the plan, which began on October 4, allowed 6,000 Umrah pilgrims from inside the kingdom per day into the Grand Mosque.

The second went into effect on October 18, allowing about 40,000 worshippers and 10,000 pilgrims a day into the Grand Mosque. As many as 20,000 Umrah pilgrims and 60,000 worshipers per day are allowed to perform prayers at the mosque, according to the current third phase that started on November 1.