Social
News ID: 3473839
TEHRAN (IQNA) – Mosques in Singapore will continue to strengthen their emergency preparedness, even as their leaders reassure congregants that they remain safe and sacred spaces, the Islamic Religious Council of Singapore (Muis) chief executive Esa Masood said on Saturday. 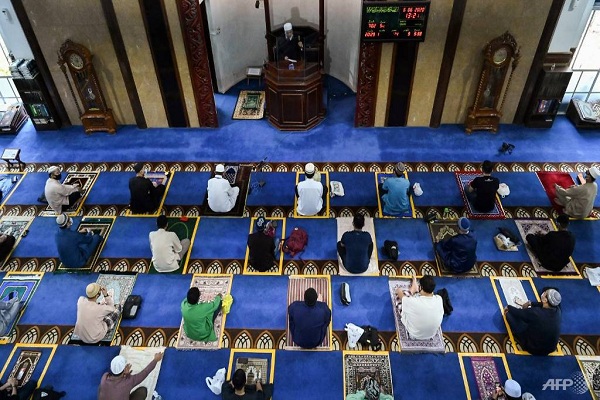 At an investiture session for mosque management board members, Esa encouraged mosque leaders to also intensify efforts to partner other organizations in serving the community.

"As mosque leaders you play a vital role in reassuring our Jemaah that our mosques continue to be safe sacred spaces for our children, our parents, our family, our friends and neighbors.

"Going forward, we will continue to strengthen and emphasize strengthening our emergency preparedness capabilities to ensure we are prepared," said Esa, who was speaking at the newly-refurbished Abdul Gafoor Mosque in Dunlop Street.

Muis said mosques here have built up their emergency preparedness capabilities since 2017.

Aside from exercises and emergency drills, they have also introduced a Threat-Oriented Person Screening Integrated System, which mobilizes individuals to keep a lookout for security threats.

Esa's remarks comes after the disclosure of a plot by a Protestant Christian youth to attack Muslims at two mosques here - Yusof Ishak Mosque in Woodlands and Assyafaah Mosque in Sembawang.

The 16-year-old Singaporean of Indian ethnicity has been detained under the Internal Security Act.

On Thursday, Law and Home Affairs Minister K. Shanmugam said that places of worship should not be turned into fortresses but remain welcoming and open.

He also called on the wider community to instead counter radical ideologies by educating young people against far-right extremism.

Esa, in his address, said the community condemns all acts of terror and violence.

"This have no place in any religion, and such acts aim to tear communities apart."

Noting the arrest of the teenager, he said: "Truly, this is a grim reminder of the threat of online radicalization, and with social media pervading our lives, it brings the danger of extremist ideologies into our homes, and which can misguide individuals especially our youth."

He also affirmed the close bonds among faith communities in Singapore.

"Indeed, the day after the news broke, we welcomed Christian leaders to our mosque to reaffirm our ties of friendship, and signal that threats of violence will not tear us apart as a society," said Mr Esa.

"Most importantly, we can take comfort that the case is an isolated incident, and that our security agencies were able to detect it early."

He stressed that the close ties built by mosques and the community around them, including grassroots organizations and other faith groups in their neighborhood, are "extremely vital in times of peace so that we can stand together in challenging times".

"When there are threats to our social fabric such as this planned attack, we need to close ranks and be strong together, and never allow the message of hate to tear us apart."

At the investiture session, 39 volunteers from three mosques received their appointment letters as mosque management board members.

In all, 217 volunteers from 19 mosques under the south mosque cluster will receive the appointment letters to serve as board members for a period of three years.