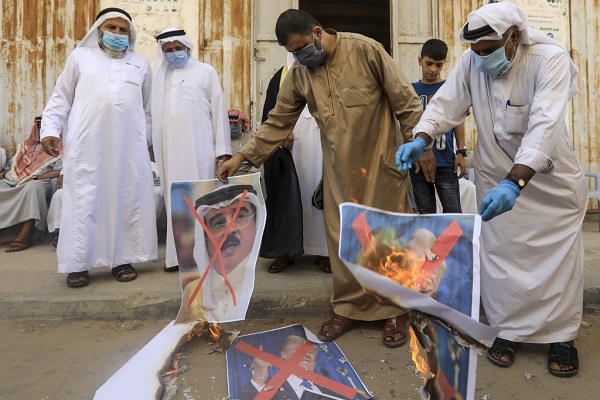 In a statement released on the Instagram page of the Scholars Union, they said boycotting these institutions, including Bahraini banks collaborating with Israel, is the least the Muslim people of the country can do in reaction to the move by traitors to open up the country’s markets and lands to the occupation regime.

Any individual or group that cooperates with the Zionist enemy must be boycotted so that it will serve as a lesson to others who entertain the idea of treason and working with the adversary, it added.

Bahrain and the United Arab Emirates signed official agreements at the White House on September 15, 2020, enabling full normalization of their relations with Israel.

The deals had been announced by then US president Donald Trump respectively earlier in September and August.

All Palestinian factions, Bahrain’s opposition groups, and numerous independent Muslim circles have roundly denounced the normalization trend as a stab in the back of the Palestinian nation and sheer betrayal of their cause of liberation from the Israeli occupation and aggression.