General
News ID: 3473908
TEHRAN (IQNA) – The Palestinian leadership praised the International Criminal Court for its ruling that it has jurisdiction in the Palestinian territories, allowing its chief prosecutor Fatou Bensouda to investigate Israeli atrocities despite fierce objections from Tel Aviv. 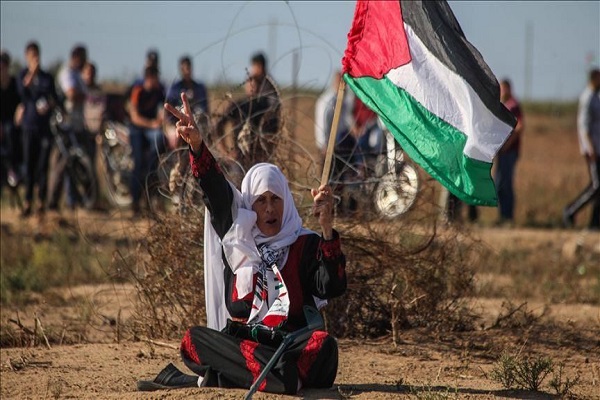 Palestinian Prime Minister Mohammad Shtayyeh said the decision is a victory for justice, humanity and freedom, and for the blood of the victims namely the Palestinians and their families.

The Palestinian Foreign Ministry also praised the ruling and said it is ready to cooperate with the ICC’s prosecutor if an investigation is launched, Press TV reported.

The ICC’s ruling, however, has angered the Israeli regime, as its Prime Minister Benjamin Netanyahu dismissed the ruling as a political tribunal, accusing the ICC of being a political body and not a legal institution.

Israel has not joined the international criminal court but the Palestinian Authority is a signatory since 2015. This means the ICC’s mandate is to prosecute people, not countries, including those from states that are not signatories, and in this case Israeli leaders, military officials and soldiers who are accused of carrying out crimes against Palestinians.

The Palestinians have asked the court to look into Israeli crimes during its 2014 war against Palestinians in the besieged Gaza Strip, as well as Israel’s construction of illegal settlements in the occupied West Bank and East Jerusalem al-Quds.

The ICC’s decision paves the way for the tribunal’s prosecutor to open a war crime investigation, but the main question lingering in mind is that will the US, which has furiously condemned the court, allow prosecution of Israeli officials and forces over their crimes committed in the Palestinian territories?