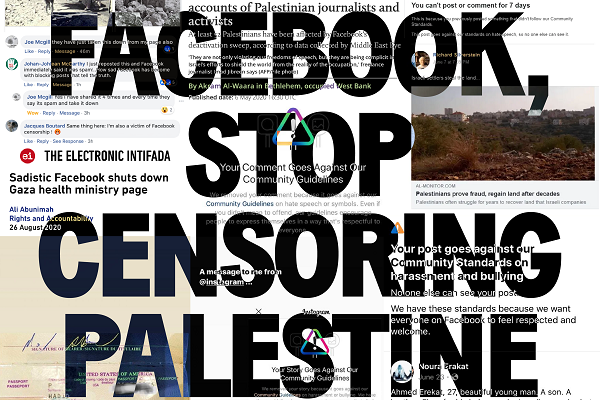 The Center monitored the response of the Facebook administration to dealing with the Israeli occupation government to stifle the Palestinian content. It said the occupation government asked Facebook to add the word Zionist / Zionism as a protected term and to include it in its policy on hate speech to its algorithms and to delete everything related to this term.

Sada Social also documented an attack on the website of the international Boycott, Divestment, and Sanctions (BDS) movement in an attempt to block its content and prevent it from carrying out its work.