General
News ID: 3473951
TEHRAN (IQNA) – Saudi Arabia and its allies continue their genocide in Yemen without a word of protest from the European Union or the so-called human rights defenders, a member of the European Parliament (EP) from Ireland deplored. 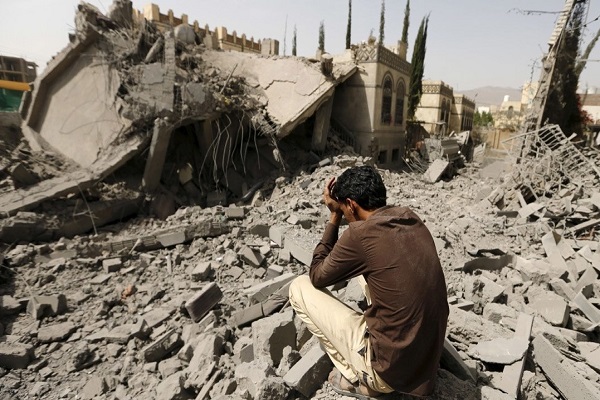 Addressing an open session of the EP on Wednesday, Mick Wallace said Saudi Arabia launched its war on the Yemeni people at a time when the Ansarullah movement was trying to get the country out of an economic crisis caused by the former Yemeni government’s subservience to the International Monetary Fund (IMF) and the World Bank.

Wallace said, "Foreign powers have been trying to carve up, exploit, and pauperize Yemen and its people" for years, adding that former Saudi-backed Yemeni president, Ali Abdullah Saleh, "dutifully followed the IMF and World Bank reform programs for two decades until the people of Yemen had enough.”

Saleh stepped down after months of protests and handed power to his deputy, Abd Rabbuh Mansour Hadi, as part of a deal backed by the US and Saudi Arabia.

“[Former US President Barack] Obama helped install the puppet Hadi, promised change and elections. What Yemen got was more austerity, privatization and land grabs by foreign investors,” Wallace said, according to Press TV. 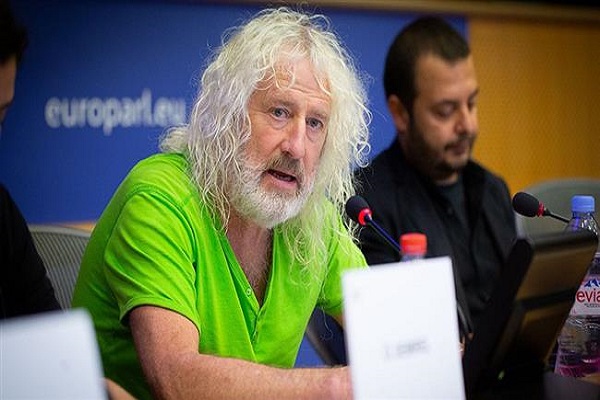 During his three years in office, Hadi was constantly under fire from opposition groups for widespread corruption in his administration and also for failing to thwart the rising threat of the Yemen-based al-Qaeda in the Arabian Peninsula (AQAP).

“Ansarullah put a stop to the plunder in 2014. They negotiated a deal with Hadi and others, making elections the top priority, but the Saudi-led coalition went to war to stop the prospects of peace, power-sharing and independence in Yemen,” the EU lawmaker added.

In September 2014, Ansarullah and Hadi’s former regime signed a UN-brokered power sharing agreement. In early 2015, Hadi resigned and later fled to Aden and then to Saudi Arabia. However, he rescinded his resignation one month later.

Then, he fled to Saudi Arabia along with most of his officials and declared Aden as their new capital. However, they have spent most of their time in the Saudi capital, Riyadh.

The Ansarullah movement took over state matters after the resignation and escape of Hadi, which had thrown the country into a state of uncertainty and threatened a total security breakdown in Yemen amid rising AQAP insurgency.

Saudi Arabia and a number of its regional allies -- including the United Arab Emirates (UAE) -- launched their brutal war against Yemen in March 2015 to eliminate the Ansarullah movement and restore Hadi to power in Yemen.

Wallace noted that the Saudi-led aggressors have killed tens of thousands of Yemenis and committed brutal crimes with Western help.

“The #Saudi led Coalition, with Western support, went to War to stop Peace, Power Sharing + Independence in #Yemen - With hardly a word from #EU or usual 'Human Rights defenders', they began a Genocide on the people of Yemen. They're still at it - But Yemen is not for lying down... pic.twitter.com/qdzW33i2aO

“You say you care about democracy, why don’t you stop the genocide? Stop the plundering of Yemen. And allow elections to take place. Who’d win? Well that’s non of our business, it’s for the people of Yemen to decide that, not the EU, Saudi Arabia or the UAE, not the US,… or anyone else,” he said.

The US and European countries are major suppliers of weapons in the Saudi-led aggression against Yemen.

The UN says more than 24 million Yemenis are in dire need of humanitarian aid, including 10 million suffering from extreme levels of hunger. The world body refers to the situation in Yemen as the world's worst humanitarian crisis.