Interview
News ID: 3474080
TEHRAN (IQNA) – The African Union should get its member states to reduce their relations with Israel and put pressure on Israel to end its human rights abuses and its occupation of Palestinian territory, a South African scholar said. 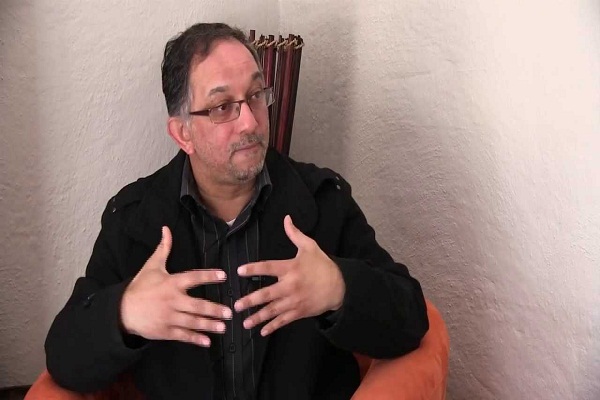 “Such pressure, including supporting the BDS campaign, is the most effective way for the AU – and the African continent – to bring peace to Palestine,” Na’eem Jeenah told IQNA in an interview.

Jeenah is a well-known academic and leader in the Muslim community and the anti-capitalist and anti-war movements in South Africa.

He is currently the Executive Director of the Afro-Middle East Centre, a research institute dedicated to studying the Middle East and North Africa and relations between that region and the rest of Africa. He previously worked as director of Operations for the Freedom of Expression Institute in Johannesburg, South Africa. He has also taught Political Studies at the University of the Witwatersrand in Johannesburg.

IQNA: The African Union recently issued a statement calling for attention to the situation of the Palestinians and criticizing Israel for its human rights abuses. What is the reason for the African Union's support for Palestine?

Jeenah: Since 1973, the Organization of African Unity (OAU) – the predecessor of the African Union, has been largely supportive of the Palestinians. This continued with the formation of the AU. Many of Africa’s anti-colonial liberation movements developed good relations with the PLO (Palestinian Liberation Organization) in the past, and that also influenced the positions taken by the continental body. Additionally, there continue to be a few countries in the AU that try to ensure that the body regularly passes resolutions supporting the Palestinian people and opposing Israel’s human rights abuses and its occupation.

IQNA: Some believe that common historical issues, such as apartheid and human rights abuses, have led to a kind of empathy and common view between African countries and Palestine. What are your thoughts on this?

Jeenah: There is truth to this. This applies in the cases of former liberation movements, as well as to general populations on the continent. In addition, the North African states, despite some of them having their own relationships with Israel, continue to support AU resolutions critical of Israel and supportive of the Palestinians.

IQNA: How do you evaluate the growth of relations between Israel and African countries over the past decade?

Jeenah: Israel had good relations with many African states until the 1973 war, when the OAU adopted a strong resolution calling on member states to end ties with Israel. For Israel, before and after 1973, the initial reason for developing relations with certain African states was that this was part of its ‘periphery doctrine’, which sought to 1) surround Arabs countries by states supportive of Israel (such as in the case of pre-revolutionary Iran, Turkey, etc) and 2) create or support dissenting groups within Arab countries. Hence Israel tried to develop good relations with Sub-Saharan African states, as well as support dissenting to rebel groups, such as groups in South Sudan.

However, the periphery doctrine was no longer an effective strategy by the 1980s and beyond and does not really exist anymore. Nevertheless, African states remain important to Israel for other reasons. This includes: voting support in international / multilateral fora such as the UN and UN-linked institutions; support for Israel gaining an observer seat at the AU; creating markets for its products – including weapons; isolating and ending any support for the Palestinian struggle.

IQNA: How will Sudan and Morocco’s move to normalize ties with Israel affect the African Union's support for Palestine?

Jeenah: As the recent resolution has shown, even normalization by Arab states in North Africa does not mean that they will change their voting pattern on Israel in the AU. Sudan and Morocco recently normalized relations with Israel; Egypt had done so decades ago; Tunisia has not normalized diplomatic relations but has other relations with Israel. Yet all these states will continue supporting such resolutions at the AU – as long as these resolutions do not force them to adjust their national policies regarding Israel.

IQNA: How important is the role of the African Union in supporting Palestine?

Jeenah: The AU’s support is important because the AU is a continental body that potentially could bring pressure to bear on Israel – as did the OAU in the past. Currently, however, there seems little chance that such pressure will happen because most member states – however they may vote on such resolutions – maintain close ties with Israel. However, if the Palestine solidarity movement strengthens in individual African states, their national policies could also change and give effect to AU resolutions and statements. Also, AU member states often use AU resolutions when voting in international fora, such as in the UNSC or the Human Rights Council.

IQNA: To what extent do you think the African Union can play a role in bringing peace to Palestine?

Jeenah: Currently, the role that the AU can and should play is to get its member states to reduce their relations with Israel and to put pressure on Israel to end its human rights abuses and its occupation of Palestinian territory. Such pressure, including supporting the BDS campaign, is the most effective way for the AU – and the African continent – to bring peace to Palestine. But this will not happen soon.