General
News ID: 3474129
TEHRAN (IQNA) – A competition on illumination and calligraphy of the Holy Quran was organized in different provinces of Algeria. 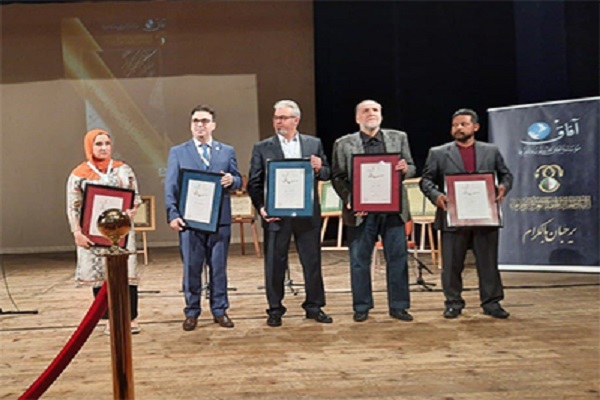 According to the Islamic Culture and Relations Organization, Algeria’s Club for Calligraphy and Illumination affiliated to the Iranian Afagh Art Institute held the contest.

The top participants were awarded in a ceremony held at Qasr Al-Thaqafa.

He talked with Mohammad bin Qanief, head of the club, and said that the Iranian Cultural center and other Iranian art and Quranic centers are ready to cooperate with the Algerian centers in Quranic and art fields.

The Algerian figure stressed the necessity for boosting cooperation between the Quranic centers of the two countries and noted that the Holy Quran is the axis of unity and brotherhood among Muslims.

The Algerian artists who had participated in the Quranic art courses of the Iranian center lauded the status of Iran in the field of Quranic artworks.