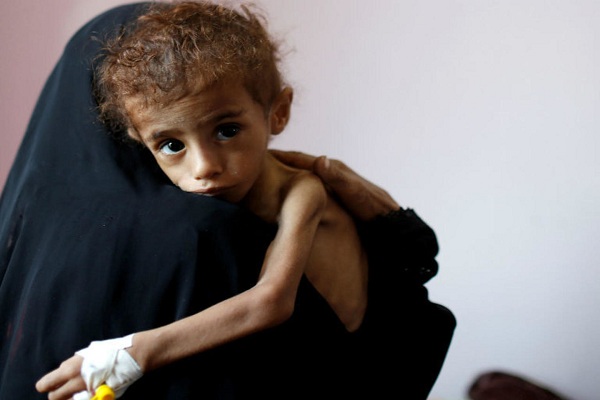 The Indonesian Ulema Council (MUI) asked the wealthy Muslims in general, and Islamic and humanitarian organizations in Indonesia in particular, to raise funds to help people in Yemen who are starving due to war, Bunyan Saptomo, chairman of the council’s Commission on Foreign Relations and International Cooperation, said in a statement.

The statement said the council appreciates the UN’s call to help Yemenis who are suffering from hunger as a result of a prolonged war.

"The MUI, as the representative of Indonesian Muslims, expresses its highest appreciation to the UN for its commitment to continue providing humanitarian assistance to the people of Yemen since the war," said Saptomo, Anadolu Agency reported.

The council urged all parties to settle disputes peacefully through a cease-fire and negotiations in accordance with the Islamic spirit of peace.

The council also stressed the Indonesian government coordinate with the Organization for Islamic Cooperation (OIC) and the UN to help resolve the conflict in Yemen peacefully and overcome hunger in the country.

Saudi Arabia and a number of its regional allies launched the war on Yemen in March 2015, with the goal of suppressing a popular uprising that had toppled a Riyadh-friendly regime.

The Saudi war and blockade have created a humanitarian crisis in Yemen. The United Nations says more than 24 million Yemenis are in dire need of humanitarian aid, including 10 million suffering from extreme levels of hunger. The world body also refers to the situation in Yemen as the world’s worst humanitarian crisis.