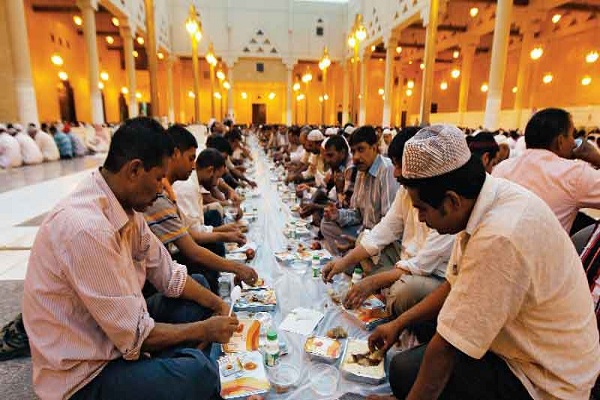 For example, Murmansk, Russia has just over six hours of darkness, before the sun rises again at 2.43am, which means that the fasting hours are almost 18 hours. They will end their fast at 8.38pm

While the city of Ushuaia in Argentina has the shortest fasting time in the world. 12 hours and 23 minutes exactly. The sun rises at 6.23am and sets by 6.46pm.

Santiago in Chile also has a comfortable fasting time of 12 hours and 41 minutes.

Those fasting in Riyadh can also take advantage of a shorter fasting day. Fajr is at 4.12am and Maghrib at 6.14am, which means that people in this city of Saudi Arabia will be fasting for approximately 14 hours and 2 minutes.

Dubai will be fasting for 14 hours and 5 minutes on the first day of Ramadan. The first Fajr will take place at 4.39am and Maghrib will be at 6.44pm.

Although those fasting in Kerala have the exact fasting time as Dubai, it may feel a little longer for them, as Maghrib is slightly later in the day than the UAE. They are ending their fast at 7pm, and starting their fast at 5.05am, which means they will be fasting, like Dubai, 14 hours and 5 minutes.

Egyptians on the other hand will end their fast earlier at 6.22pm. However, technically their fasting hours are also longer than the UAE at 14 hours and 22 minutes because Fajr is also slightly earlier.

In countries where sunset and sunrise are too close (less than 3 hours apart) or are indistinguishable, fatwas have been issued to allow Muslims to follow the timings of the closest city that has distinguishable day and night timings.

So, if Ramadan were taking place in June, people in Sweden for example would be observing a midnight sun phenomenon, which would make it nearly impossible for Muslims to fast there. So they would look to a neighboring country to follow their fasting times. 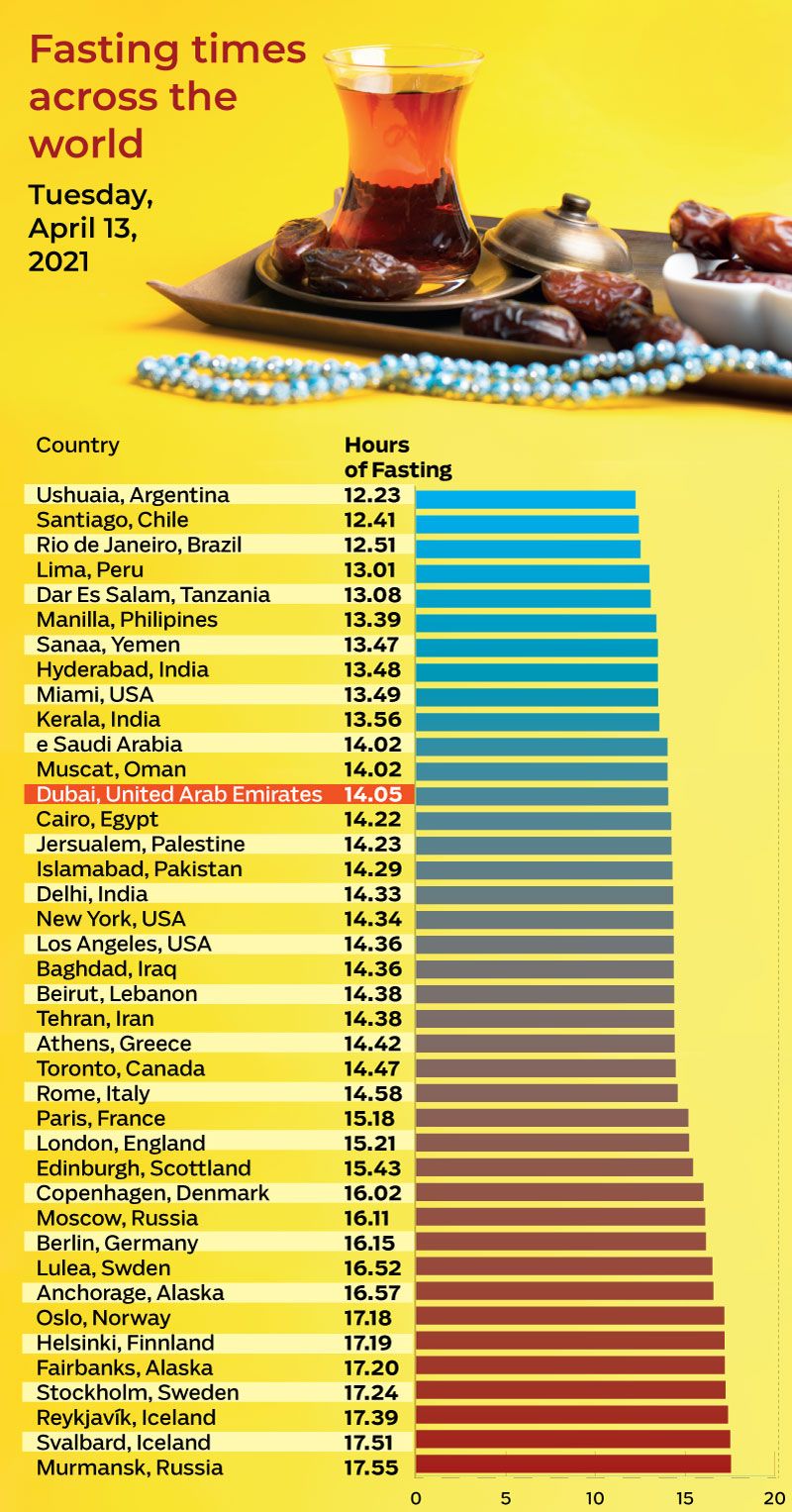 Why do Ramadan fasting hours hardly change in the Middle East?

If you live in a city that is close to the Equator, like most Middle Eastern cities, it is pretty much the same amount of fasting no matter the season. At the Equator, the time between dawn and dusk usually always lasts about 14 hours regardless of whether it is summer, winter, fall or spring.

Those in the southern or northern hemisphere will experience the most amount of change, as Ramadan moves closer into winter with each coming year.

For example, in Glasgow, Scotland, the fast is 17 hours a day during summer and only nine hours a day in winter. In the Middle East, however, it is more or less constant hours throughout, because of it’s proximity to the equator.

Why does Ramadan change every year?

Muslims follow the lunar (Hijri) calendar, which means that Ramadan starts around ten or 11 days earlier every year. Moreover, the dates change every year because the lunar year is less than the gregorian year by about ten days. Ramadan, therefore, gradually moves between the seasons to fall during summer and in winter.