General
News ID: 3474334
TEHRAN (IQNA) – Jordan called on Israel in an official letter to stop meddling in the affairs of Al-Haram Al-Sharif (Al-Aqsa Mosque) in Jerusalem al-Quds and respect the city’s status quo. 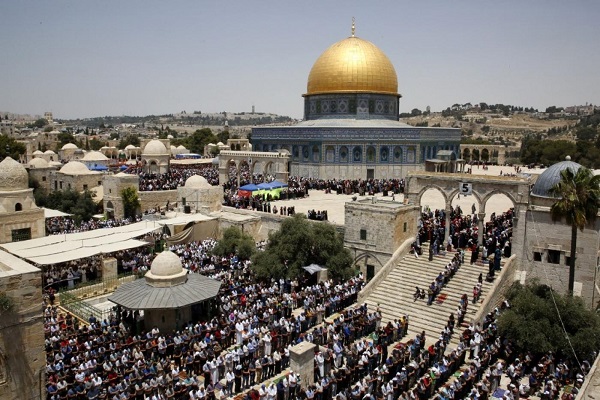 The Jordanian Ministry of Foreign Affairs and Expatriates sent the protest letter through official channels in which it demanded that Israel, as the occupying power, desist from any act that violates the historical and legal status quo of occupied Jerusalem and respect the authority the Jerusalem’s Awqaf (Endowment) department over the Muslim holy compound and other Islamic shrines in the occupied city, according to Dhaifallah al-Fayez, spokesman for the foreign ministry.

Al-Fayez specifically condemned the ongoing Israeli violations in the holy Al-Aqsa Mosque, the latest of which was allowing incursions into the Mosque yards by a large number of extremist Jews under the protection of the occupation police, Wafa news agency reported.

He said in a press statement that the Israeli actions against the Mosque are unacceptable and represent a flagrant violation of the historical and legal status quo, international law, and the obligations of Israel, the occupying power, in occupied East Jerusalem al-Quds.

He emphasized that Al-Aqsa Mosque, with its entire area of 14,400 square meters, is a purely Islamic worship place, and that the Jordan government’s Awqaf and Al-Aqsa Mosque Affairs Department is the body that has exclusive jurisdiction over the entire Mosque compound and decides who enter it in accordance with international law and the historical and legal status quo.

Al-Fayez called on the international community to shoulder its responsibilities and pressure Israel to stop the ongoing violations of the Haram al-Sharif.

A growing number of extremist Jewish organizations, backed by the right-wing Israeli government, are demanding to allow Jews to pray at the Muslim holy site and some even go the extreme by calling for the destruction of the Muslim mosques in Al-Haram Al-Sharif and replace them with Jewish temples.

Israeli police are giving cover to a rise in the number of extremists who are allowed to be on the yards of the holy place and even to hold rituals in violation of standing rules and regulations which ban any kind of worship there for non-Muslims.