General
News ID: 3474412
TEHRAN (IQNA) – The Iranian Cultural Center in Spain has gifted Shia source books in Spanish and English to the Islamic Library of the European country. 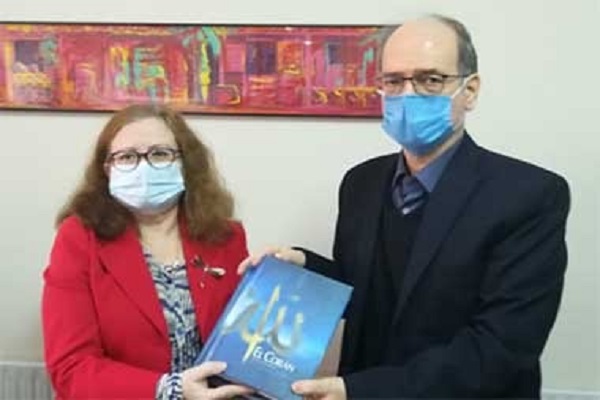 According to the Islamic Culture and Relations Organization, the books were gifted during a meeting of Mohammad Mahdi Ahmadi, the Iranian cultural attaché in Spain, with Arasli Garsia Martin and Luisa Mora Viarkho, directors of the library.

Getting informed about the need of the library to Islamic Shia sources, Ahmadi promised to complete its archive in cooperation with Iranian centers.

He also expressed hope that cultural programs will be held in the near future in cooperation with the library.

Martin highlighted the rich Iranian culture, saying it is one of the themes taught at schools in Spain.

Luisa Mora also suggested that joint webinars be held by the Islamic library and Iranian libraries.