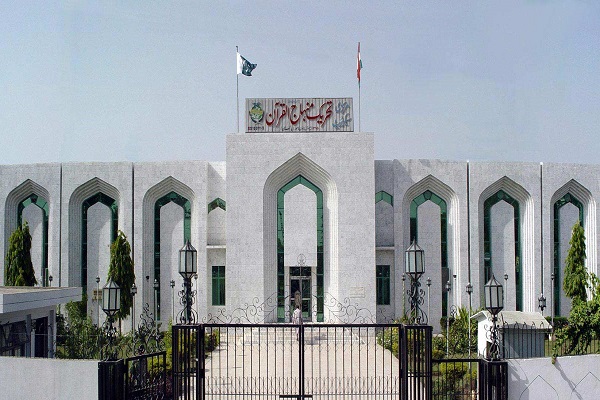 Quranic sciences, proximity of Islamic schools of thought and Quranic researches were the themes discussed at the meeting of Soheil Reza, executive director of the organization, and Ja’far Ronas, head of the Iranian Cultural Center.

Soheil Reza appreciated Iran’s role in the proximity of Islamic schools of thought and unity of Muslims particularly in its neighboring countries.

He said that the organization held various Quranic programs and invited Iranian Qaris and Quran memorizers every year to hold programs at mosques and religious centers of the country during the holy month of Ramadan, but it was not possible this year due to the coronavirus pandemic.

Noting that valuable research studies have been conducted in Quranic sciences in Iran, he said the organization is willing to benefit from the results of these stduies to disseminate Quranic concepts and teachings in the Pakistani society.

He added that the organization also cooperates with other Shia and Sunni centers in Pakistan including Urwat-ul-Wothqa Seminary of Shia Muslims in Lahore.

The Iranian official said that the center is ready to cooperate with the organization and referred to the existing potentials for collaboration in research fields.

He noted that the history of Islamic civilization is a common heritage of the two countries, adding that not enough attention has been paid to it in recent decades and that it can be a good opportunity for joint cooperation.

Holding a Quran recitation competition for children and teenagers in the holy month of Ramadan, and organizing two webinars on Islamic unity and International Quds Day were among the joint activities planned at the meeting.