General
News ID: 3474509
TEHRAN (IQNA) – At the end of Ramadan in 2019, Zohaib Qadri was torn between keeping up with his hectic job planning a legislative agenda and compiling policy research as a Texas legislative aid or using paid time off to go to Houston, US state of Texas, to celebrate Eid al-Fitr with family and friends. 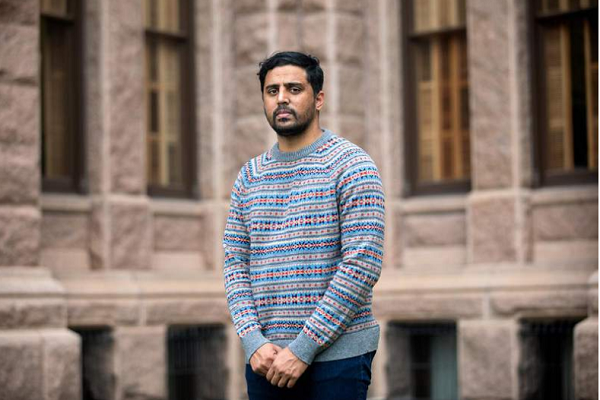 Not wanting to fall behind at work, Qadri attended morning Eid prayers at Nueces Mosque in Austin before rushing back to fast-paced work at the Texas House by noon. He had decided that, in addition to work demands, he needed to save his paid time off for the online graduate classes he was taking at Rice University.

“I wish it was like how we get off for Christmas and Easter and a lot of other holidays, we could just get off for Eid,” he said. “It's important to feel a part of this state versus that ‘othering’ effect.”

A bipartisan bill introduced in the Texas House on Jan. 20 would make it easier for state employees like Qadri to celebrate Eid al-Fitr and Eid al-Adha, the two Islamic holidays following Ramadan, a holy month of fasting and worship that this year began last Tuesday. House Bill 1231 would designate the two holidays as optional employee holidays, which Muslim state employees then could observe if they worked on another state holiday instead. Texas optional holidays include Rosh Hashanah, Yom Kippur, Good Friday and Cesar Chavez Day.

The House State Affairs Committee is scheduled to hear testimony on the bill at a Tuesday hearing.

“This is about recognizing and affirming our fellow Texans that celebrate these holidays,” state Rep. Joe Moody, the El Paso Democrat who sponsored the bill, told The Texas Tribune. “Any system we have should affirm and lift up people to practice their faith, to live their faith and that shouldn't stop at Judeo-Christian faith sets.”

Nabila Mansoor, executive director of Emgage Texas, a Muslim American group that proposed the bill to Moody, said it would show the Muslim community “that they're valued members of the Texas population.” Another bill Emgage pushed would add imams to the list of religious officials who can explicitly perform marriage ceremonies in Texas alongside rabbis, priests and ministers; Rep. James Talarico introduced the measure on Feb. 22.

Muslim politicians in Texas, home to the largest Muslim population in the US, say the optional holiday bill would be a step toward greater representation of their community.

“It's these baby steps and changes that take place at higher levels,” said Sadaf Haq, the first Muslim woman to run for Frisco City Council. “There's so much need for education and awareness when it comes to our religion.”

Texas House administrative director Aisha Zaman also supported the idea, saying “having Eid as an optional holiday might help avoid having a conversation that many people are not comfortable with,” referring to Muslims having to explain to their supervisors why they need Eid days off.

Muslim Texans also are working to get Eid al-Fitr and Eid al-Adha recognized by cities and school boards.

Haq said Frisco Muslim parents were unhappy when the school district scheduled the STAAR test on Eid Al-Fitr and hopes the bill would bring more awareness of the holiday. Emgage plans to remedy such conflicts by working to have Eid recognized by school boards with large populations of Muslim students.

Moody expects a committee hearing on the bill to be scheduled soon with little opposition. The bill is co-sponsored by three Republicans: Reps. Tom Oliverson of Cypress, Jacey Jetton of Richmond and Lacey Hull of Houston.

Meanwhile, Zaman, the only Muslim in her office, plans to ask her chief of staff permission to use paid time off to celebrate this year’s Eid al-Fitr in May. She hopes to be with her family in Houston eating traditional vermicelli pudding dessert and exchanging Eid gifts with her three younger siblings.

“It's nice to commemorate the end of Ramadan with your family,” Zaman said. “Eid has always been a pretty big part of my life.”